I’ve been slacking on the blog posts for the past month because the end of my pregnancy had me laying on the couch and doing little more than moaning about how uncomfortable I felt.  Luckily, pregnancy is over and we have a beautiful and healthy baby girl: 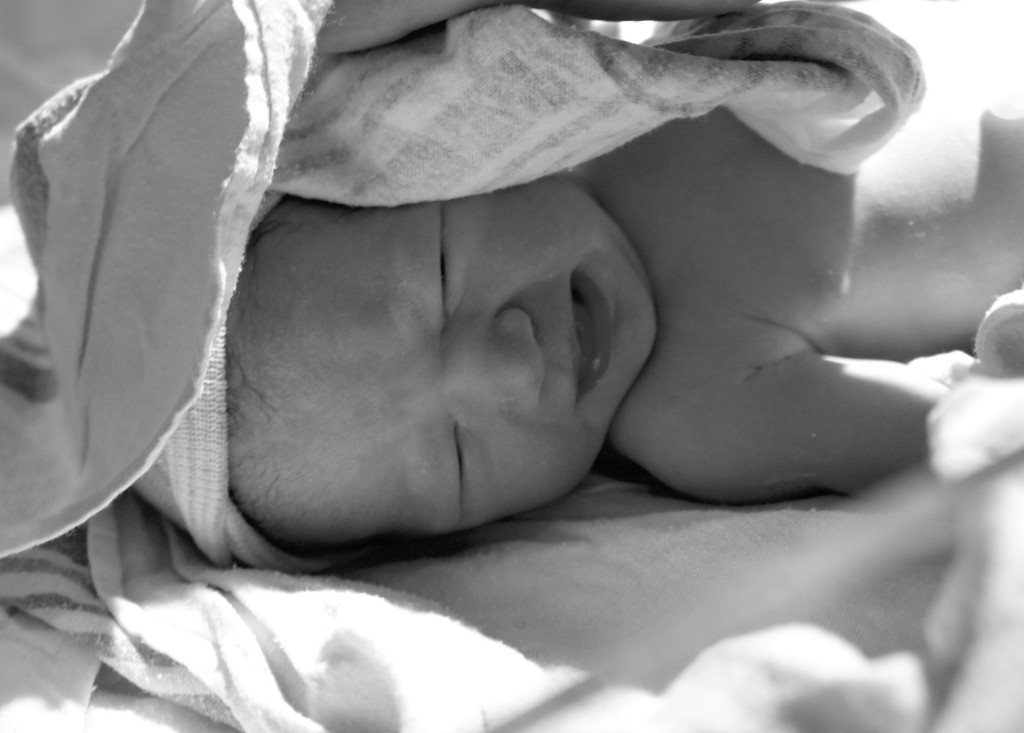 Georgia Amelia was born Monday, March 24th at 12:10 PM.  I had a scheduled induction, which was going smoothly for the first four hours, and then got a little scary.  Her heart rate kept dropping to almost a stop with every contraction, then shooting right back up to normal in between, something that usually happens when the cord is compressed.  They wanted to rush me back for an emergency c-section, but the idea of going home and telling my son that I couldn’t pick him up for the next six weeks was heartbreaking.  Luckily, I was ultimately able to deliver her naturally.  The cord was wrapped around her neck when she came out, which is what had caused the decelerations in her heart rate, so we were in the clear once it was removed. 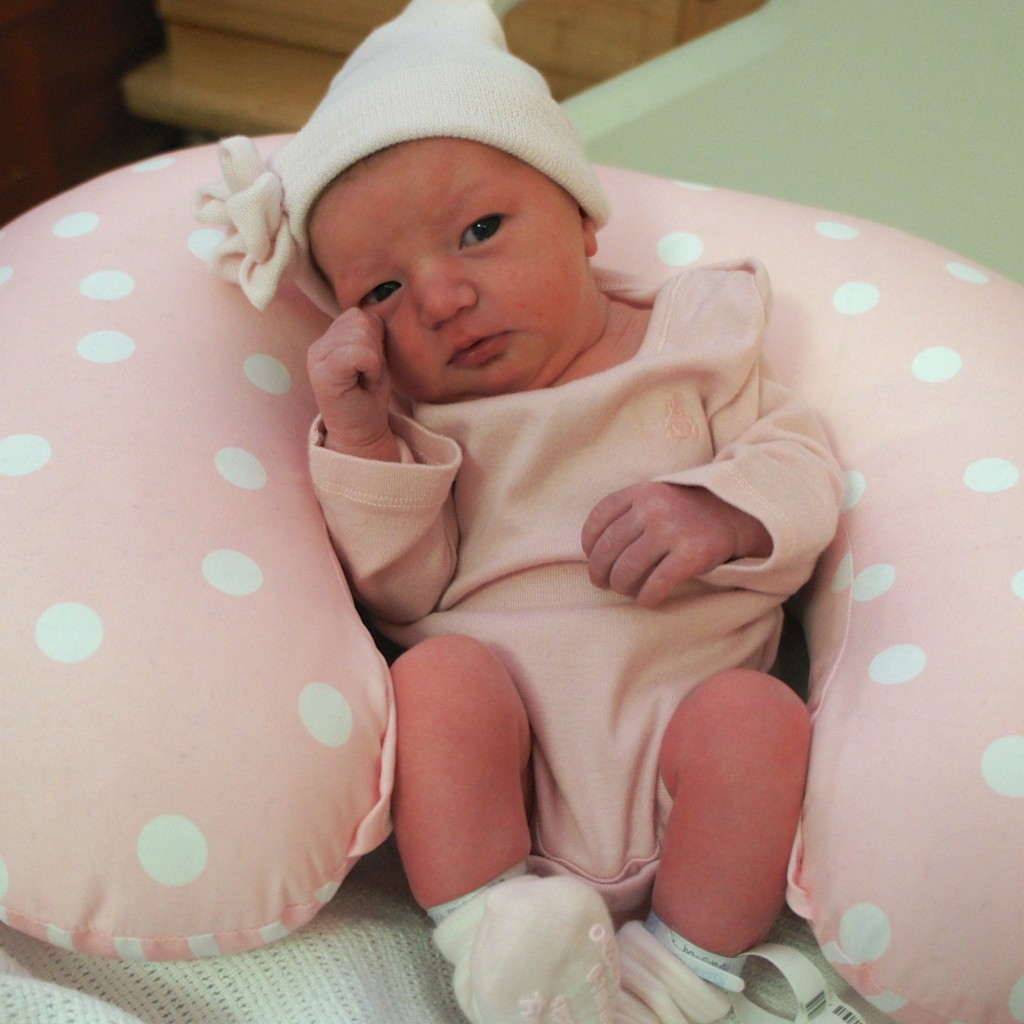 Georgia was born 20.5 inches long and 7 lbs, 3.2 ounces, not much smaller than her brother.  Grant (on the left, below) had jaundice, so he was very lethargic for the first few days of his life, the complete opposite of Georgia.  She is constantly moving her little head around and opening her eyes. 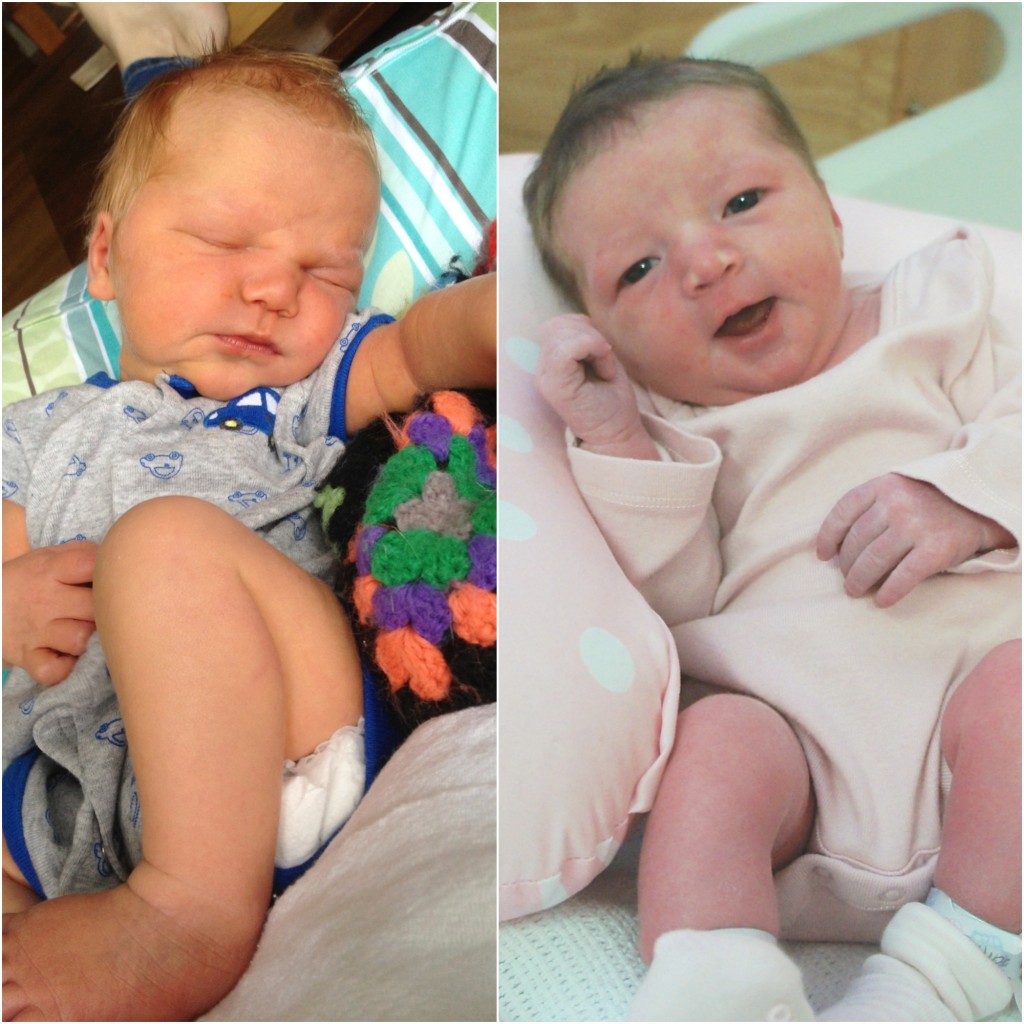 Recovering from giving birth to Grant took weeks, but the second baby is remarkably easier.  Three days after labor I’m feeling almost normal, we even took Grant to the mounbounce at the mall today and walked around quite a bit.  I’m moving a little slow, but otherwise feel really good, allowing me to put all my energies into breast feeding-which is all consuming in the beginning. 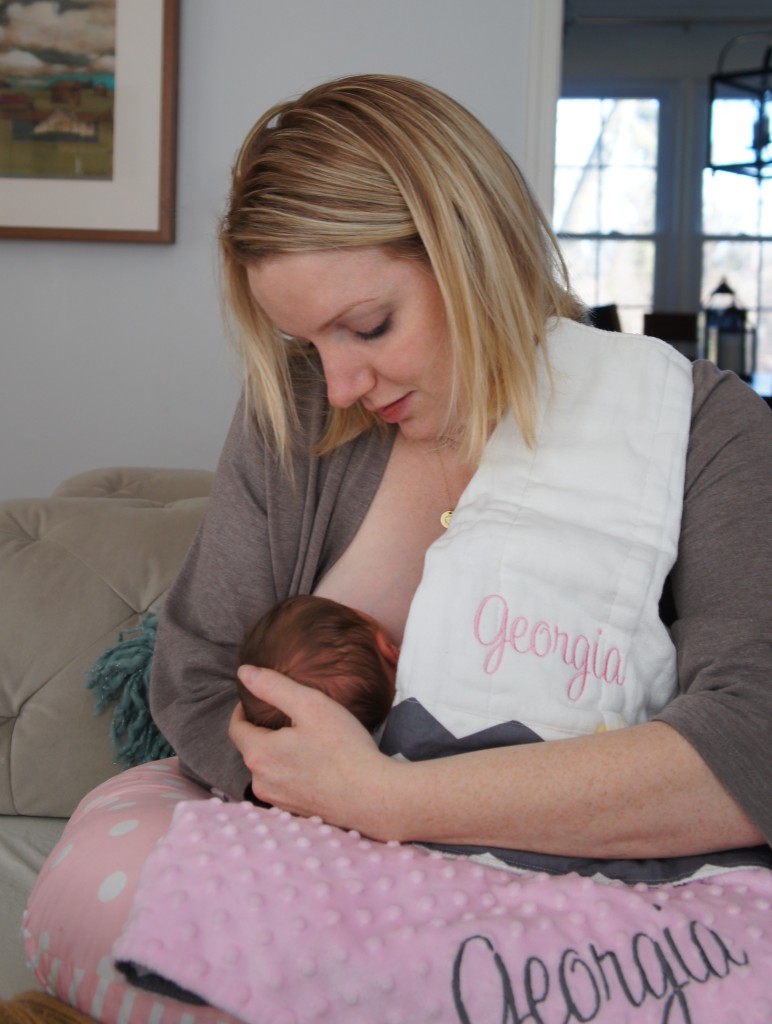 The first week home with a baby, all you talk about is latching and supply.  It’s exhausting, but after a total lack of success in nursing Grant (I lasted four weeks, at which point he was wasting away and the pediatrician said we needed to switch to formula), I’m much more prepared this time, and it’s going really well.  It feels good to know that I’m giving my daughter all of the nutrients and antibodies she needs, even though I don’t particularly enjoy anything about the process. 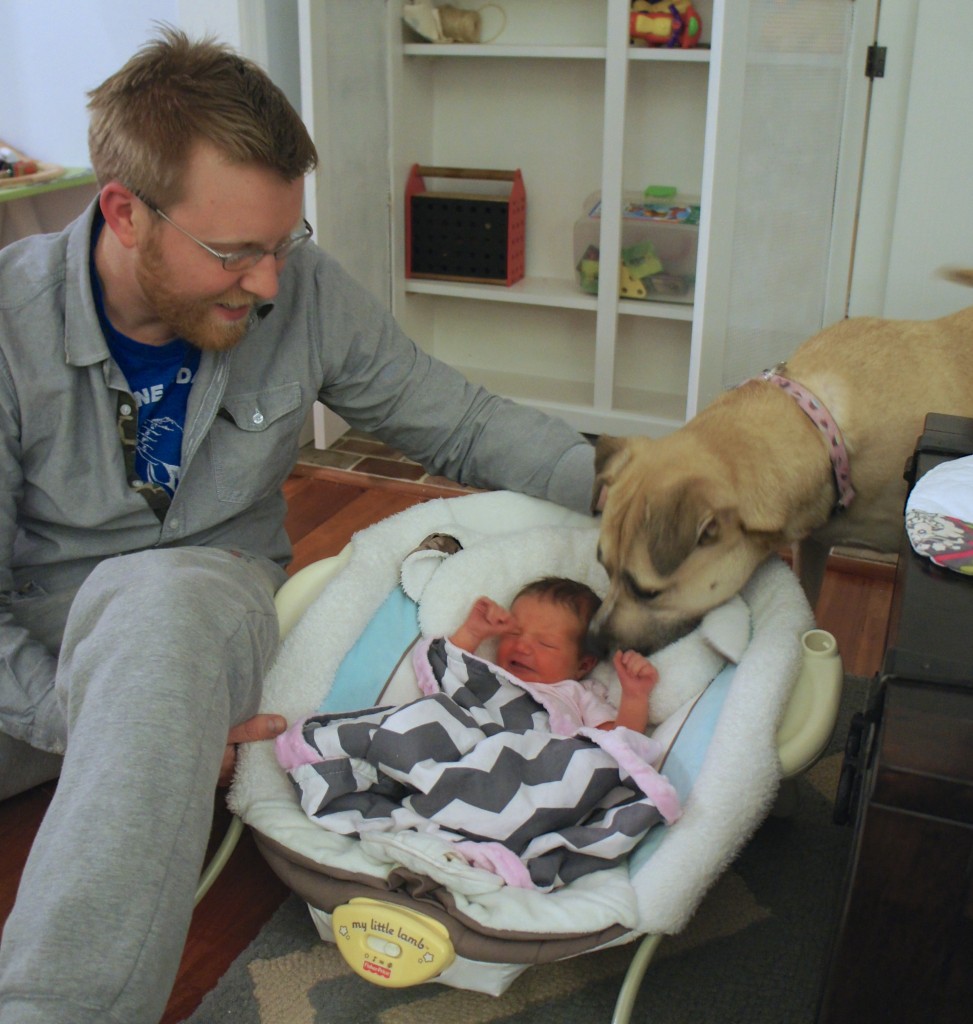 Jason is amazing, as always.  He is picking up my slack in the cleaning department, and is really enjoying being home to play with Grant all day while he’s on paternity leave. 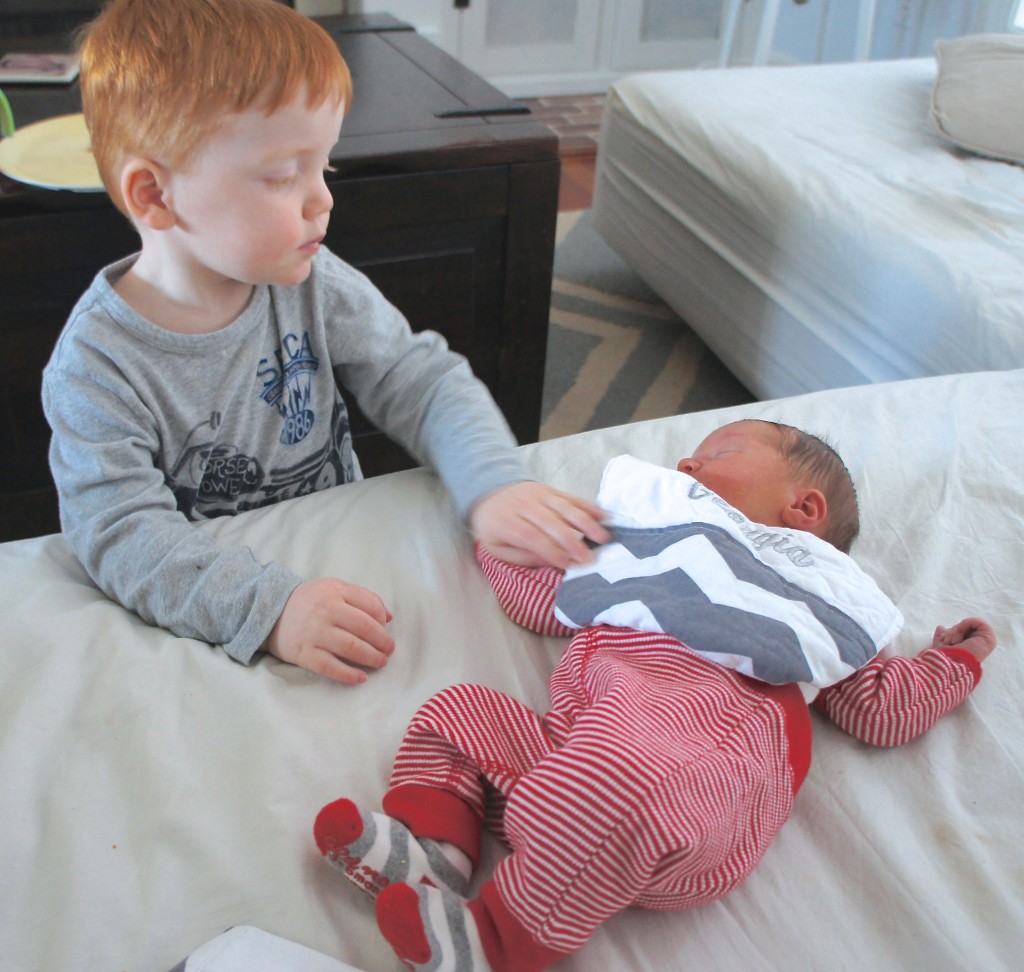 As for Grant, he doesn’t care much either way about his sister.  She is neither a car, nor a truck, so she isn’t very interesting at the moment.  It’s understandable, she doesn’t do much besides eat and sleep, but occasionally he will run over to slap her on the head, in the same manner that he pets Izzy.  We’re convinced that he thinks she’s a new puppy. 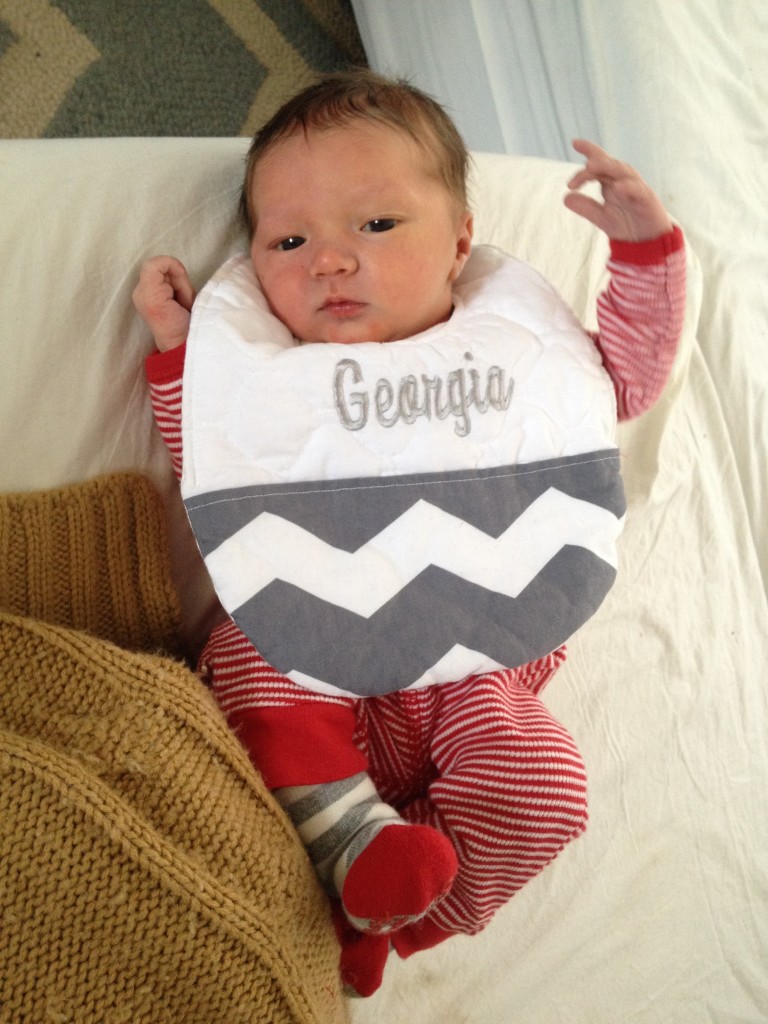 We’re as happy as can be with the new addition to our family, and are completely in love with Georgia.  J managed to knock a few projects off the list right before she was born, so hopefully I can get them blogged over the next few weeks while she’s still sleeping away most of her days.  For now, we’re focusing on settling into a feeding/sleeping routine and getting as much rest as possible.  Thank you to everyone for all the well wishes this week!