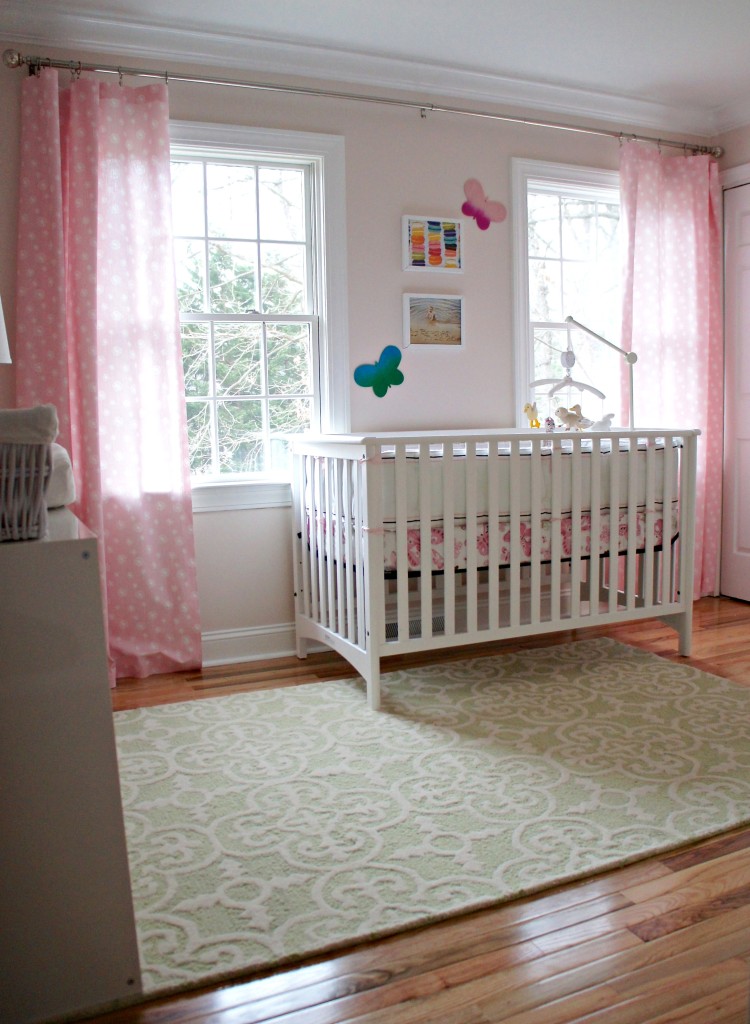 It has been a long time coming, but the nursery is finally ready for its new resident.  The last two items we were waiting on, the crib mattress and changing pad, arrived today.  Grant “helped” me put everything together: 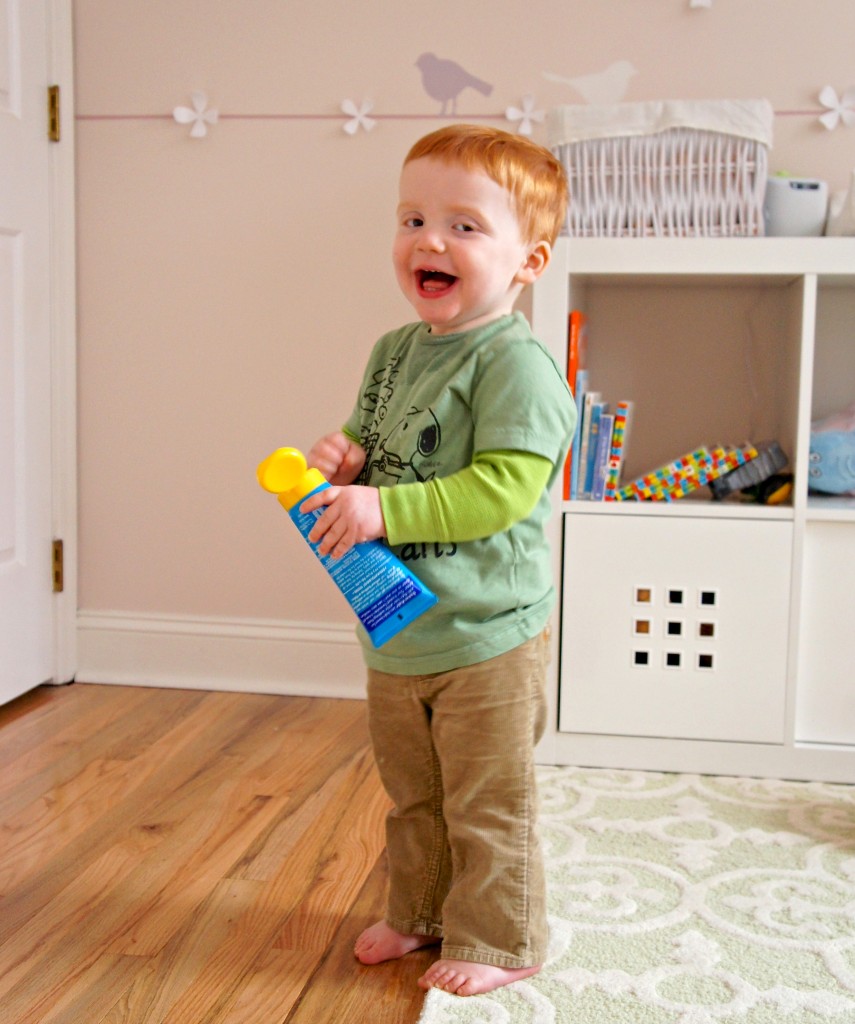 Even he thinks that’s funny.  Actually, he kept pulling things off the shelves faster than I could get photos taken, until I finally gave up and waited until his nap. 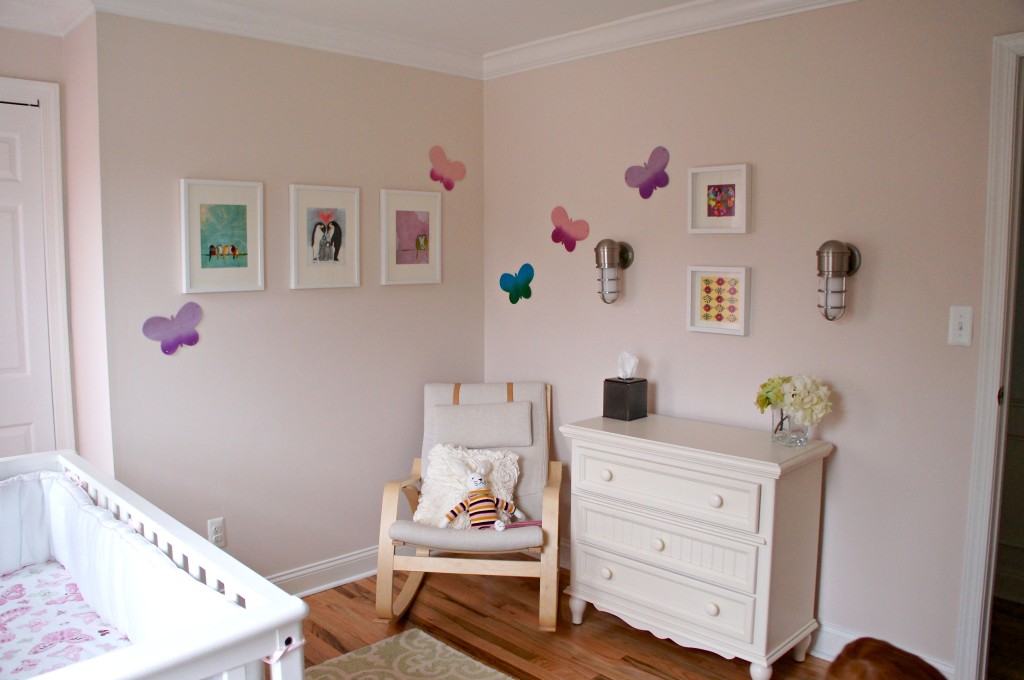 The artwork is all DIY in Ikea Ribba frames.  I’ll put up a couple tutorials tomorrow.  There were quite a few renditions before things were the way I wanted, but I think it turned out great. 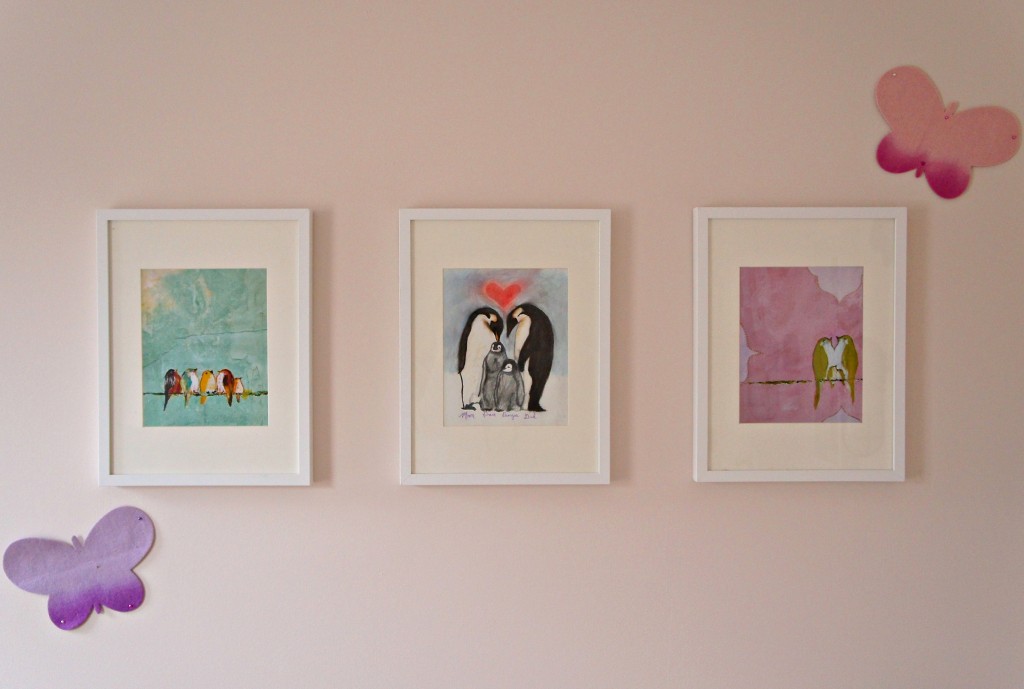 The two pictures on the right and left were downloaded from Flickr and printed at Costco photo.  I drew the penguins in the center frame, then added felt butterflies that I found on clearance at Land of Nod to make the room a little more fun. 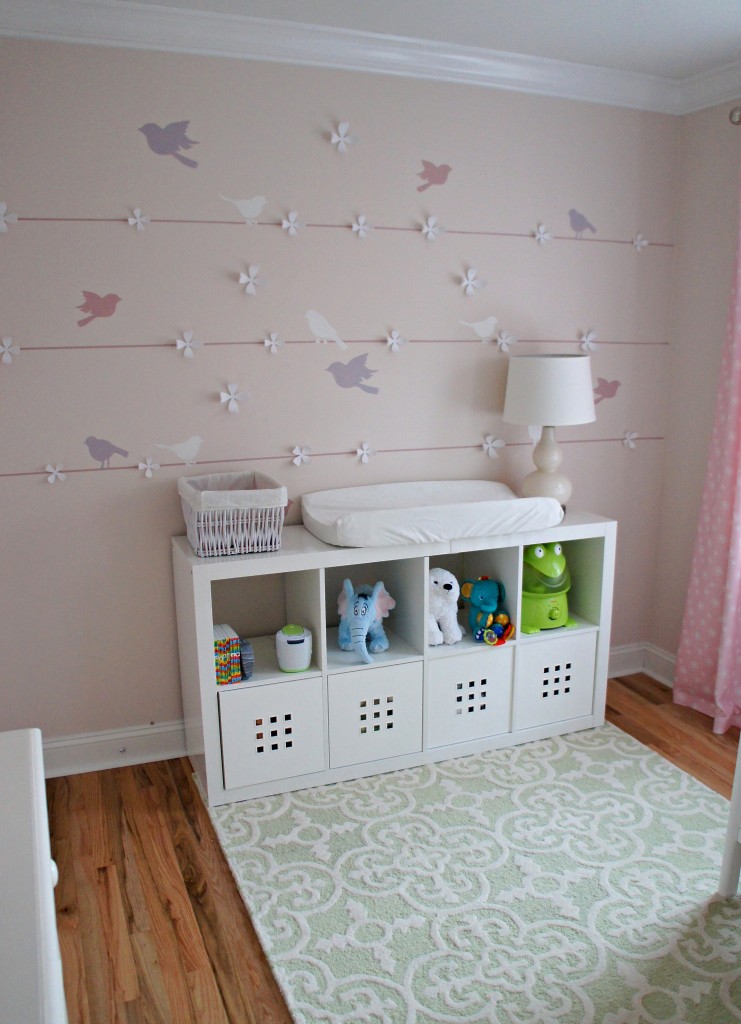 We use an Ikea Expedit shelf as a changing table in Grant’s room, and decided to do the same thing here.  It has tons of storage for toys at the perfect height for the little ones, and the changing pad can be attached in the open shelves.  As for the wall, I did the stencil myself and added some 3D flowers for extra dimension. 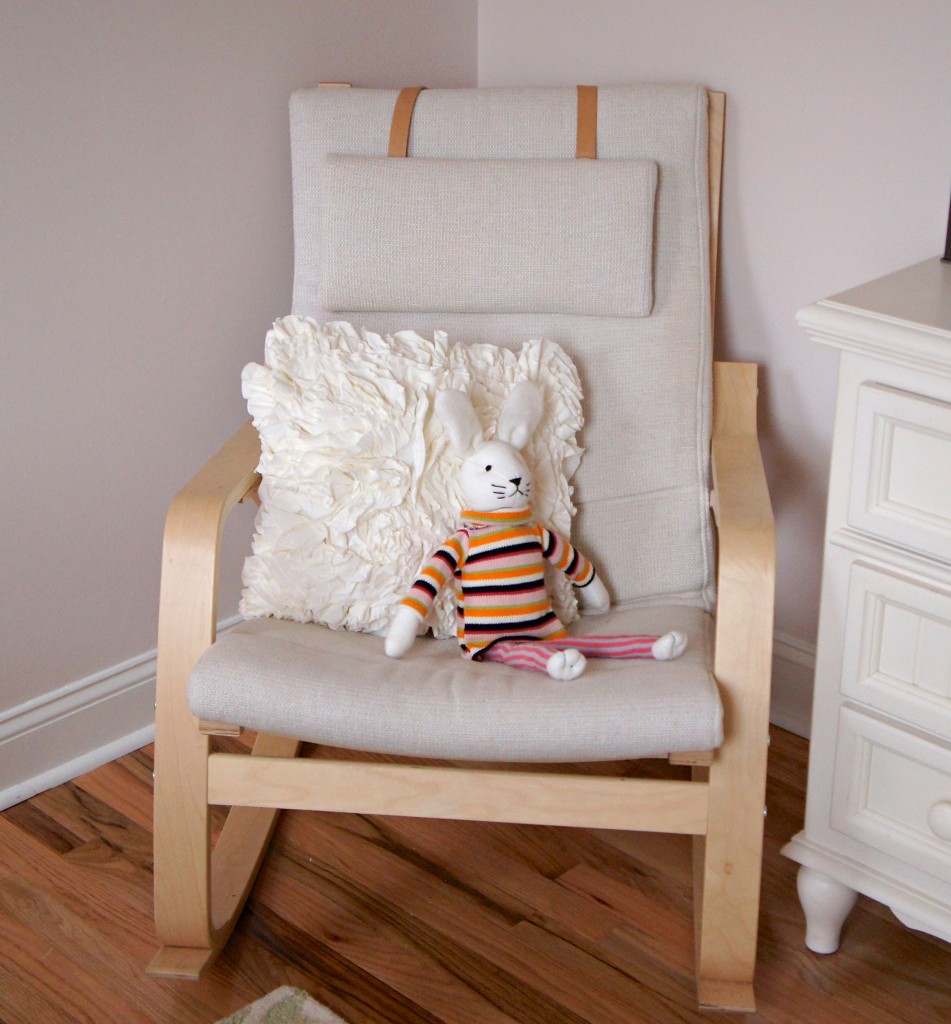 The finishing touch was this bunny from Anthropologie.  Grant grabbed it and said “baby!”, and we had to bring it home for his sister.  I’m still planning on adding a blackout liner to our DIY curtains, but we have twelve weeks left, so I’m sure I’ll get around to it.  All we need now is a chubby little baby to fill the crib!