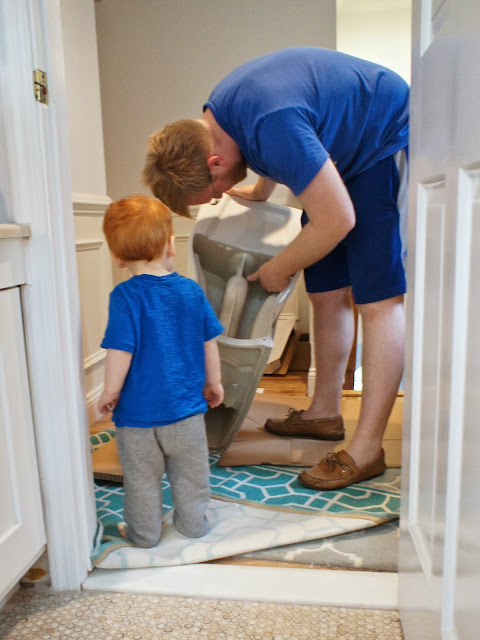 It’s new toilet day!  I know, you’ve been waiting anxiously for this moment.  I might be getting a little personal here for some people, so if you’d rather not know about our bathroom habits, you can skip this post.  Judging by the e-mail chains I’ve exchanged with my friends Jonathan and Martin in El Paso, there are at least two other people interested in this topic.

The first time Jason and I renovated a bathroom (this is our fifth) I knew I wanted a more efficient unit, but I had no idea what a visual difference it would make.  It’s one of those subtle changes that really modernizes a space.  We bought our Water Ridge, dual-flush, one-piece toilet at Costco for $150.  If you haven’t been in the market lately, that’s a real bargain.  It’s about half the price of any similar model at Home Depot.  Standard toilets are two pieces, the tank and the bowl.  The benefits to a one piece are that they’re far less likely to leak, easier to clean, and take about five minutes to install.  Kohler makes a dual flush one piece toilet that’s $1,500, and I honestly couldn’t find a single thing different from this one.
Our assistant made sure everything was in the box: 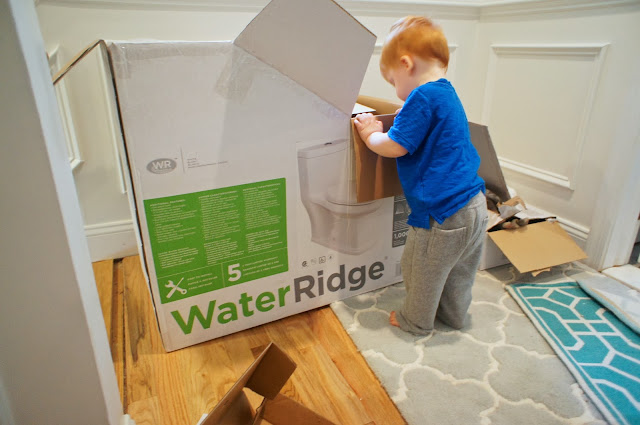 The toilet flange is a ring that connects the pipe in the floor to the toilet.  In our last house we had to get new flanges when we replaced the toilets, because they tend to rust.  This one was in good shape though, so we just replaced the wax ring.  What you’re looking at in the photo below is the new wax ring sitting on top of the old flange, and Jason attaching the braided hose to the water line.  He wrapped plumbers tape around the bolt to help seal it. 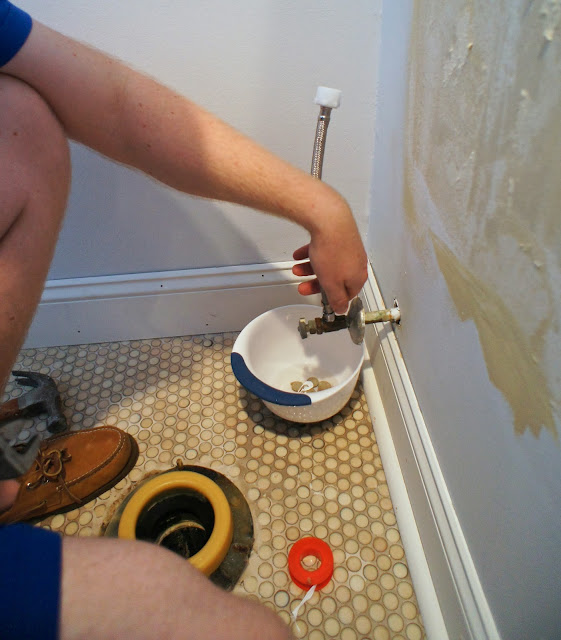 Then came the heavy lifting: 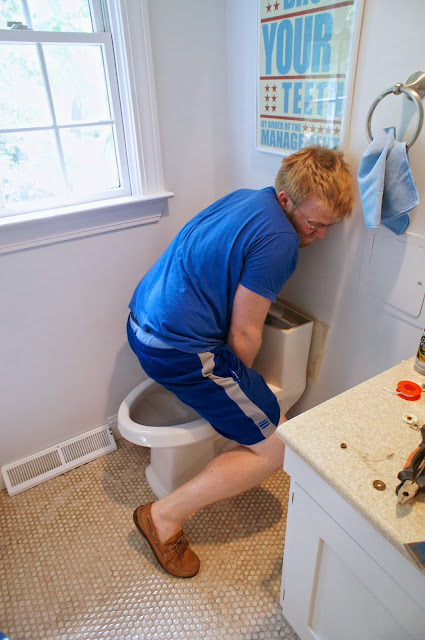 Once the toilet was in place he screwed the braided hose into the back of the toilet.  I didn’t get any photos because Grant woke up from his nap at this point,  but the only other steps were bolting the toilet to the floor and installing the slow-close lid.  Jason just followed the instructions on the box.  Here’s a side by side of the old toilet next to the new one: 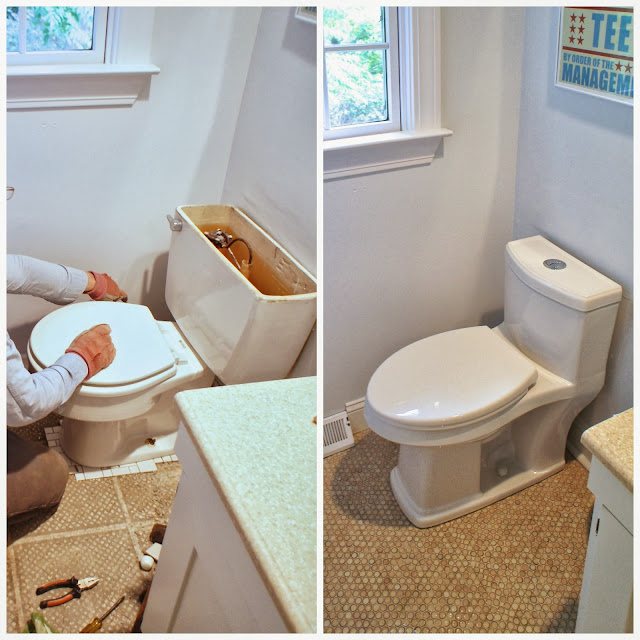 See what I’m talking about?  The new one is longer, taller, and narrower.

If you’re interested in why we switched it out, besides appearance, here’s a run down on the stats:
Old toilet: 1.6 gallons of water used per flush
New toilet: 1.1 gallon used with the small flush button, 1.6 with the large (we actually don’t need to use the large flush button, the 1.1 works for all “situations”)
On average, saving .5 gallons of water per flush for a three person household (Grant doesn’t count, but I’m peeing for two now), I would say the new toilets we’ve installed are now saving at least 10 gallons of water a day.  Not record breaking, but over the long haul if you think about water purification measures and energy usage, if every household saved ten gallons of water a day it would make a major impact.  Every little bit counts, right? 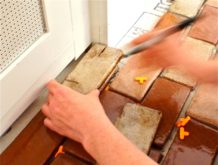