Woo-hoo, we are done!  Jason is enjoying a beer and I’m sipping on a hot chocolate (which is in no way doing it for me) while Grant is sleeping peacefully in his new room.  We’ll have to get going on the hardwoods in what will be the nursery, but we’ve earned a day off, so tomorrow we’re going to the Nationals game.  We’re O’s fans, but we recently discovered a Shake Shack (our all time favorite NYC burger joint) at the National’s stadium, so we go were our tummies lead us.
This is what Grant’s room looked like before we moved in: Jason finished the hardwood floors two weeks ago, which allowed us to get started on the decorating.  I’m not going to say much about the floors at this point, because we have two more rooms to finish, so they’ll get their own post(s).  We’ll add a video, too, because it has been pretty hard for us to find decent YouTube tutorials for nail down flooring. 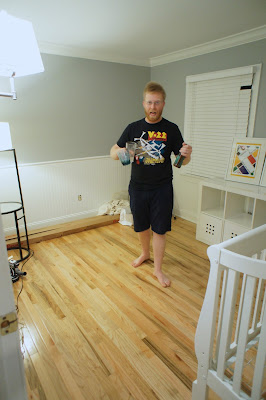 My first task was painting the upper half of the walls in Benjamin Moore’s Covington Grey, the color of the wainscoting is Ben Moore’s White Dove.  We painted the free crib that our neighbors gave us in White Dove as well.  Then I replaced all of the outlets with the tamper resistant kind.  The room doesn’t have any overhead lighting, so we bought this plug in sconce at the Pottery Barn Outlet for $24. 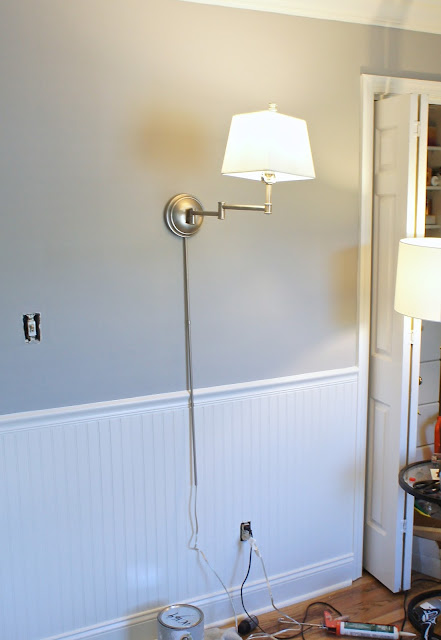 It plugs into the outlet that is controlled by the light switch, but has a metal rod to cover the cord. This is a great solution for rooms without overhead lights because we didn’t have to hire an electrician to run the wiring to the ceiling, but we have a light that is high enough up on the wall to brighten the entire room. 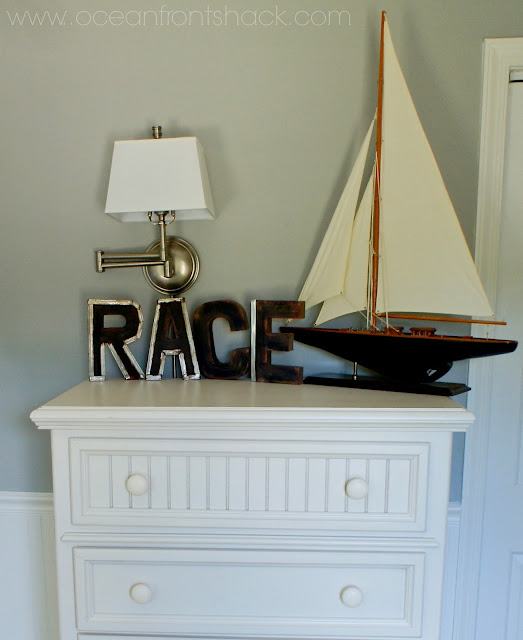 The previous owner left the sail-boat for Grant, I haven’t let him see it yet.  Maybe in a couple years when I know he won’t break it. 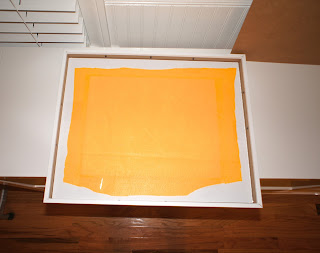 I also reframed a few of the pictures from Grant’s old room.  I had downloaded vintage Grand Prix posters from Flickr and printed them at Costco.  They’re 11 x 14, and Ikea only had 11.5 x 15.5″ frames, so I taped some leftover yellow felt to the back of the mattes and centered the posters on them. 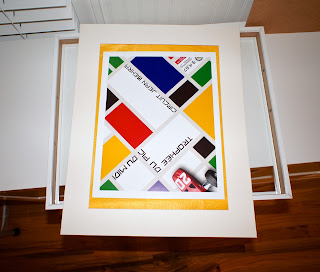 We decided to use yellow as an accent color after I found this rug on Overstock, it was a great deal for a 5 x 8 at $135, and is super soft for Grant to play on.  So far the quality seems good, too. 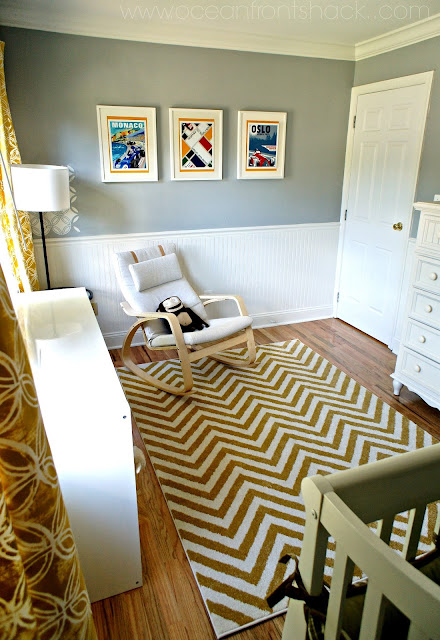 Jason’s parents took him deep sea fishing in the White Marlin Tournament in Ocean City for his 16th birthday, where he caught Whitey the White Marlin (creative name, right? my husband also had three guinea pigs named Betsey as a child), who I hung above the crib. 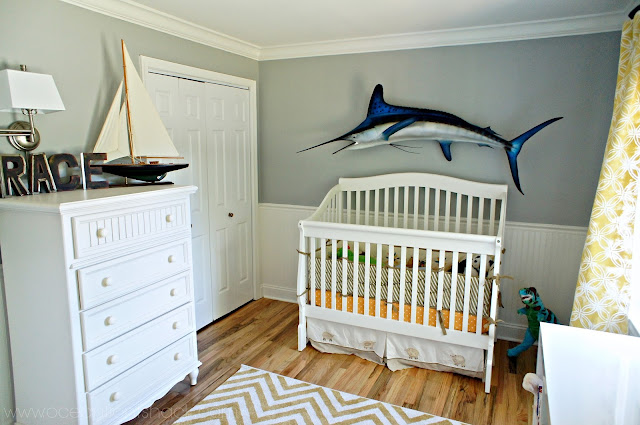 My biggest project was hand stenciling new curtains.  Instead of doing a set of curtains on each window, we used a single set for both.  The bright color and pattern makes a pretty big statement, and I felt like two sets of curtains would make the room feel small. 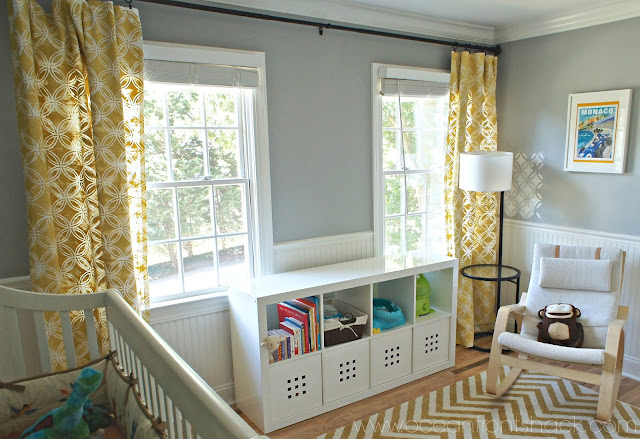 I still need to touch up the paint where I attempted to stencil the wall, but I’ll wait until I get the Covington Grey back out. 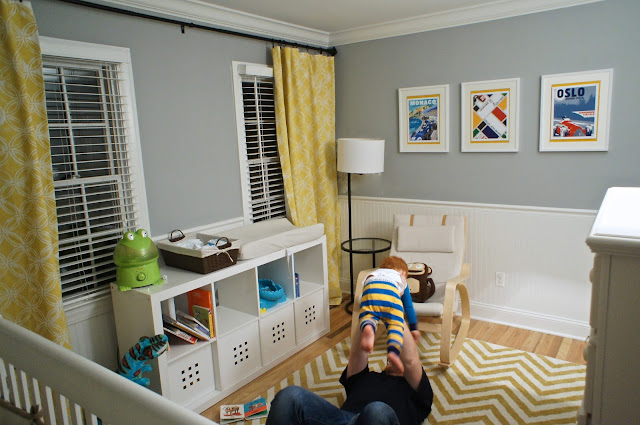 Have a great weekend, we just got our desktop back so I can get to my long over-due shutter painting tutorial next week.  For now, happy Saturday night!

Tags : before and after, nursery