I’ve been MIA for the past couple days because I’ve become mildly obsessed with Million Second Quiz, and playing on my iPhone in hopes of a line jumper spot is creeping in on my blogging time.  God, that sounds pathetic.

When I’ve found a spare moment this week, I’ve been finishing up Grant’s room.  I’ll hopefully get some reveal photos up in the next few days, but these are the two items I’ve knocked off the to-do list:
1. Outlets 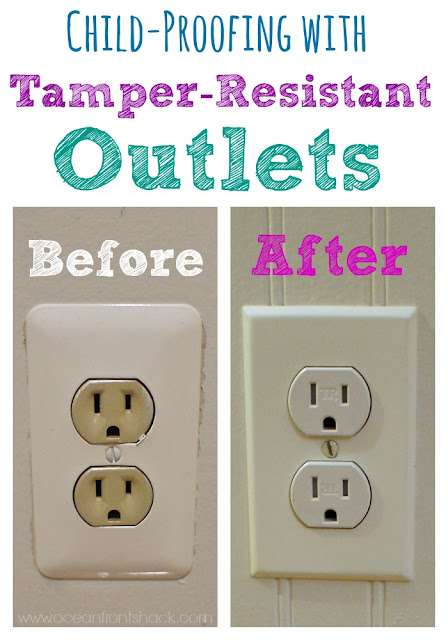 Besides the obvious cosmetic reasons (there’s nothing I like less than almond colored outlets), these help keep my little guys safe, so they’re a must have in our house.  As cute as he is, keeping the kid out of the ER is a full time job.  Grant can remove the outlet plugs, and I’m forever forgetting to put them back in after I vacuum, so tamper resistant outlets keep him from injuring himself if he tries to stick his finger in (or anything else he can find). 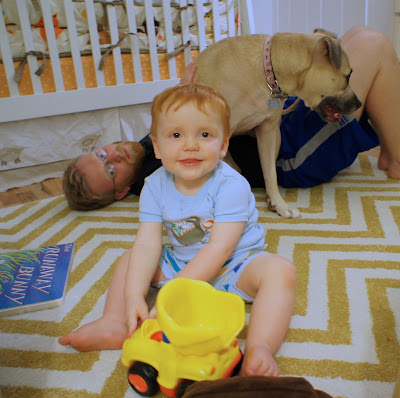 Tamper resistant outlets have shutters covering the holes that only open when a plug is being inserted, if only one side of the shutter is pressed, like when kids stick pennies in outlets, the shutter won’t open and they’re safe from harm.  They cost about $1 each, and are fairly simple to install.  I hired an electrician to do it in our old house, but after watching him realized I could do it myself.  This video gives a great tutorial:

The second task I had was removing the tabs from our newly stenciled curtains.  I purchased curtain rings on Amazon, you can find them here:
http://www.amazon.com/Anello-Premium-Drapery-Clip-Rings/dp/B003DIQ70I/ref=sr_1_1?ie=UTF8&qid=1379125969&sr=8-1&keywords=curtain+rings
These were surprisingly high quality, definitely as nice as the ones I’ve bought in the past from Pottery Barn, for a third of the cost.
These are the tabs we had to begin with: 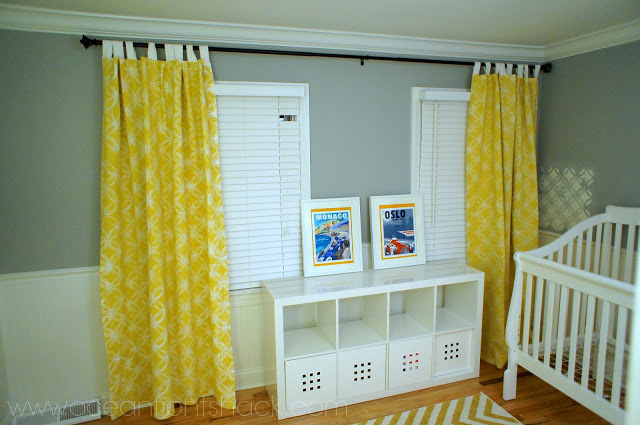 I simply cut them off with sewing scissors, then clipped the rings on and hung them back up: 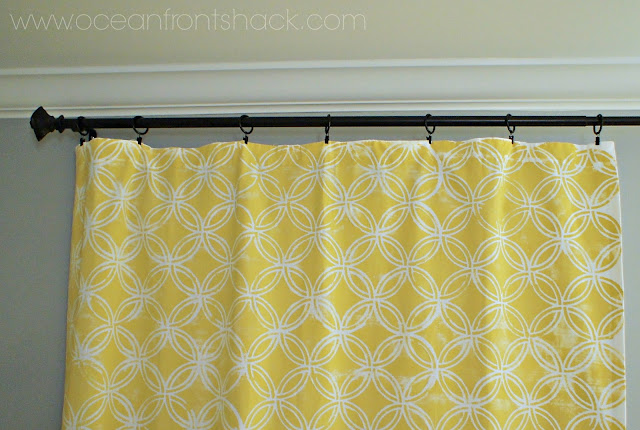 Here’s a side by side for comparison: 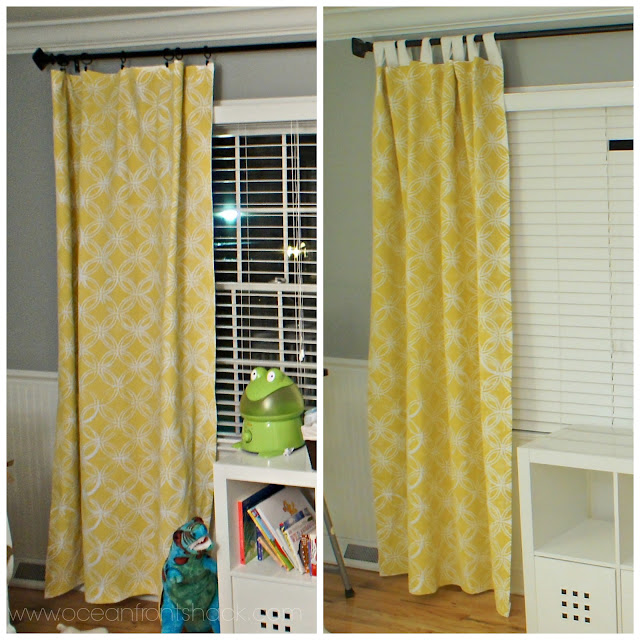 It looks a whole lot cleaner without the tabs.

Grant is already sleeping in his new room, and absolutely loves it.  The only new piece of furniture we bought was the Expedit bookshelf from Ikea, which was $140 after purchasing the four Lekman boxes for the bottom shelves.  We needed the storage and the size of the Expedit made it perfect to double as a changing table, but we had no idea how much Grant would love it.  He has so much fun pulling the cubbies out of the bottom and digging through his toys, because everything is down at his level and visible.  The first time I left him in his room alone to go get the laundry, I came back in and found him sitting on the floor “reading” a book.  It’s probably the best purchase we’ve made as far as kids stuff goes, and it keeps him from getting bored and searching for trouble.  Here’s a glimpse of our new bed-time routine: 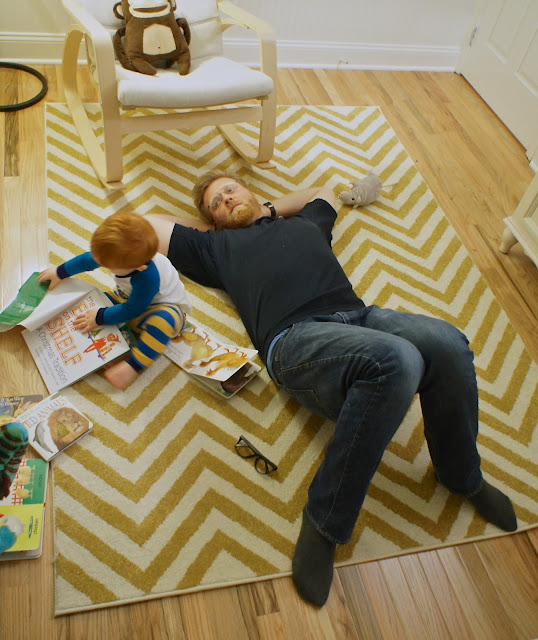 I would say the only down-side is that he’s having so much fun he has stayed up well past bed-time for the past three nights.