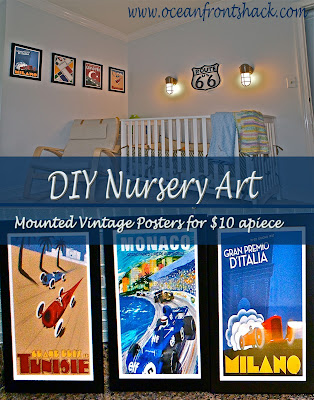 When we moved I decided to ditch the nursery decor for something that would transition into a “big boy” room.  Even though Grant is still in a crib, he’s moving a mile a minute.  I’m all about bright colors and fun themes in kids rooms, but I decided to keep it neutral until he can be involved in the decision making process.  Not that I plan on waiting until he can develop a project board, I just want him to have a favorite color first. 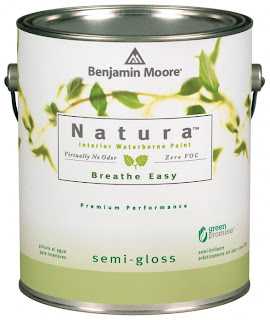 I started by painting two coats of Benjamin Moore Natura, it’s the only Zero VOC paint on the market.  It has absolutely no smell, so Grant could sleep in his room that night without us worrying about fumes!  The color is Lily White, it’s the same color I used for the entire house. 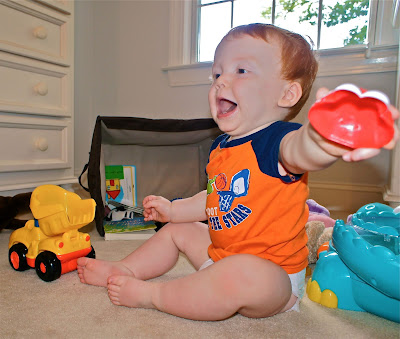 When it comes to decor, I try to stay on a tight budget in Grant’s room.  The nursery in our old house was decorated in peel off vinyl stickers and a Hungry Caterpillar mobile I made from Japanese lanterns.  The curtains are shower curtains I bought at Target.  I cut them in half and hot glued the edges to make two panels from each one. 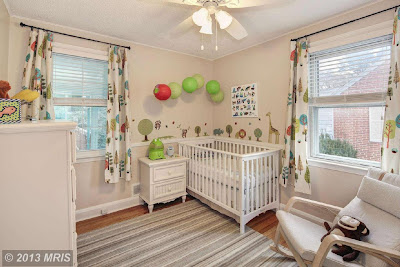 Kids change so quickly, I don’t want to do an Elmo theme only to find he’s too cool for that in six months.  Although, I doubt he’ll ever be too cool for Elmo.  Have you watched Sesame Street lately?  It’s the funniest show on tv.
This is how his room in the new house looked before: 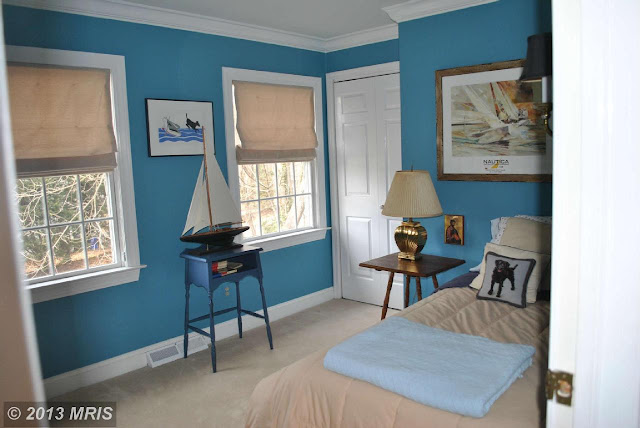 There was a lot of blue going on.  The previous owner actually left that sailboat for Grant.  We know nothing about sailing, although it’s really big in Annapolis, so I decided to use the boat to inspire a “racing” theme.
Initially I was planning on printing out some of those “Engineering Prints” I keep seeing on Pinterest with some cool car pictures.  I searched Flickr for “cars” and came across these awesome, vintage Grand Prix posters.  Engineering prints can only be done in black and white, and there was no way I was losing all the beautiful colors in these photos:

So I downloaded them and saved them as JPG files, then uploaded them to Costco photo.  Costco does 11 x 14 mounted poster prints for $9.99.  The frames I found at Michael’s for $8 apiece. 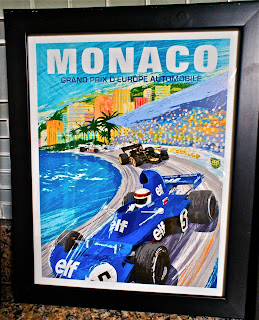 I think they turned out great. Grant loves to look at the pictures, and even if he isn’t into cars, I know Jason would hang them in the office (if we ever have an office).
This is his room after: 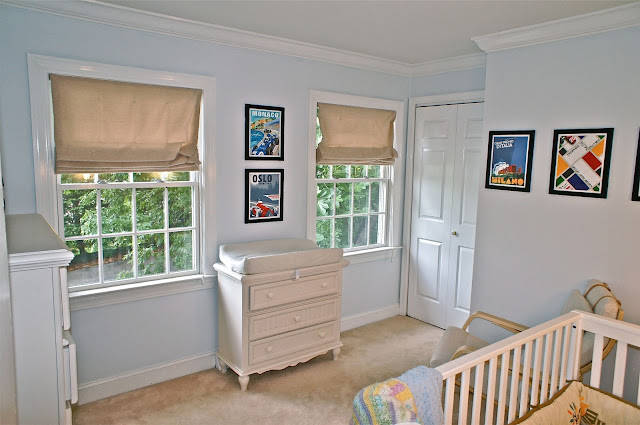 The RACE letters are craft letters I painted and then cut up some scrap drywall corner bead to make an edge around the border. 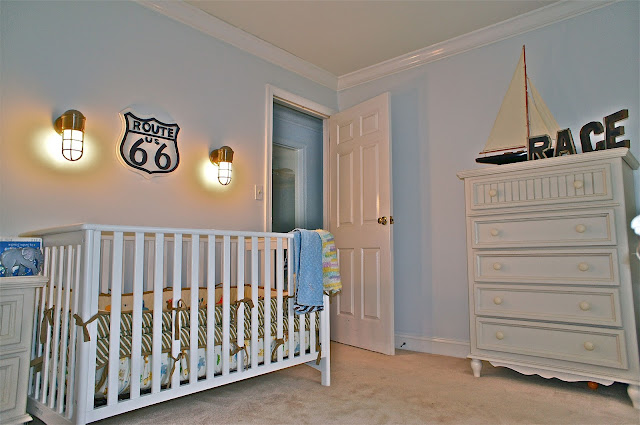 We bought Starboard Sconces at the Restoration Hardware Outlet, they’re $260 online and we got them for $90 apiece.  On appraisals lighting and plumbing fixtures have some of the highest return on investments, so those are areas where I try not to skimp, although I search high and low for the best bargain I can find.  The sconces kind of looked like vintage headlights, to me. 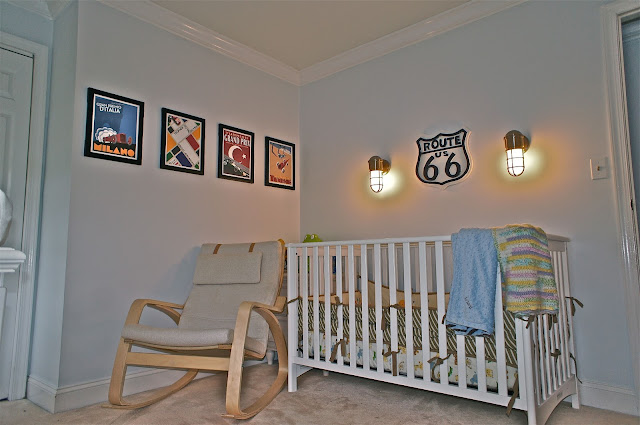 And there you have it, this is where all the fun happens!  Not really, he never plays in his room.  He wants to be wherever we are, so we leave a huge basket filled with toys in every room of the house, it helps contain the mess without us having to care if there are trucks and stuffed animals all over the floor.  We just toss everything back into the baskets at the end of the day, rather than running up and down the stairs all the time trying to put things away. 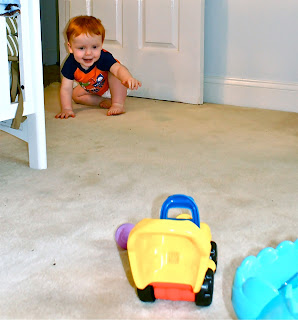 There’s my happy baby!  He has been awake from his nap for the past ten minutes, so I’d better go get him out of his crib-it just got way too quiet up there.  He probably climbed out and is on the laptop trying to buy real estate on Sesame Street.