Our basement is the catch-all for an inordinate amount of tools.  Seeing as most of our projects are frequently interrupted by children waking up from their naps, we have a tendency to pile things up in the stairwell or throw them in a corner of the basement as we hurry to put away any items we don’t want the little ones touching.  Considering the number of major endeavors we’ve taken on in the past year, this method of storage has resulted in quite a mess.  Not to mention the fact that my husband is a bit of a hoarder.

Luckily the process of having our basement finished is eliminating our excess storage space and forcing us (him) to purge our house of things we simply don’t need.  In return for my promise to organize J’s tools, he promised to get rid of at least some of his old baseball cards (but I was told in no uncertain terms that I was not to touch the comic books).

The first thing we had to do was clean out the area designated as the workshop.  We bought utility hooks at Lowe’s to hang our bikes from the joists above, which were taking up most of the floor space. 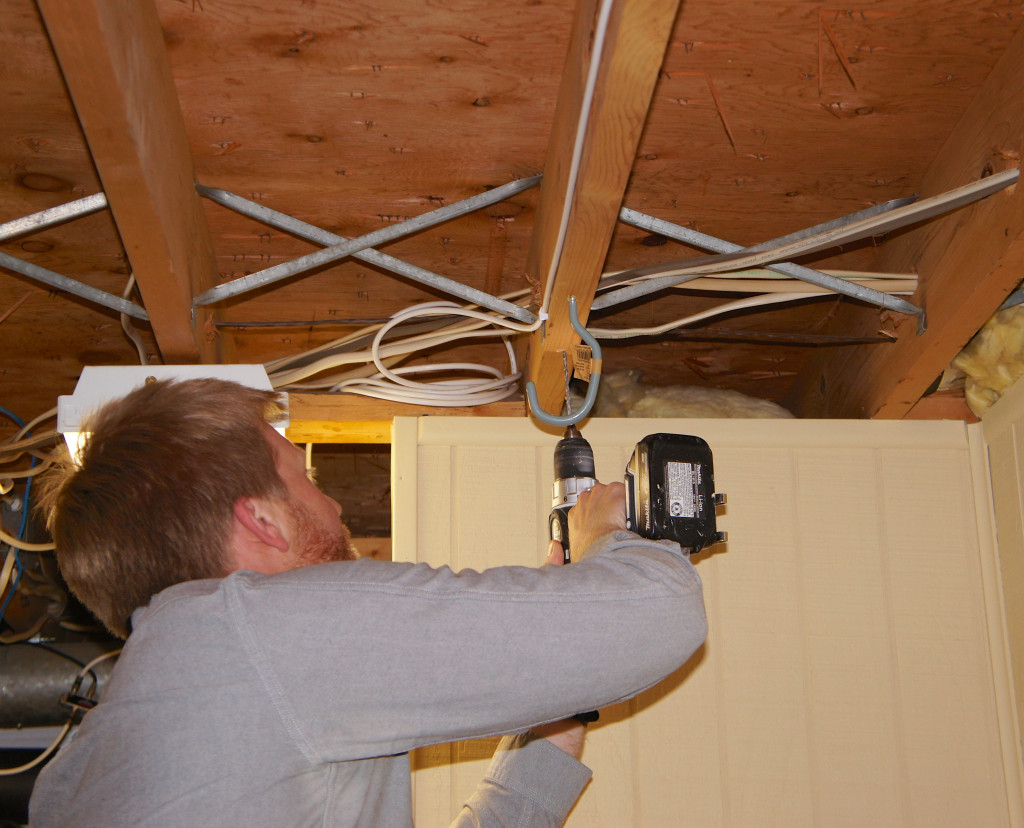 Jason drilled small pilot holes into the joists and then screwed the hooks in by hand.  We ended up going back and buying several more, which turned out to be perfect for hanging backpacks and lawn tools. 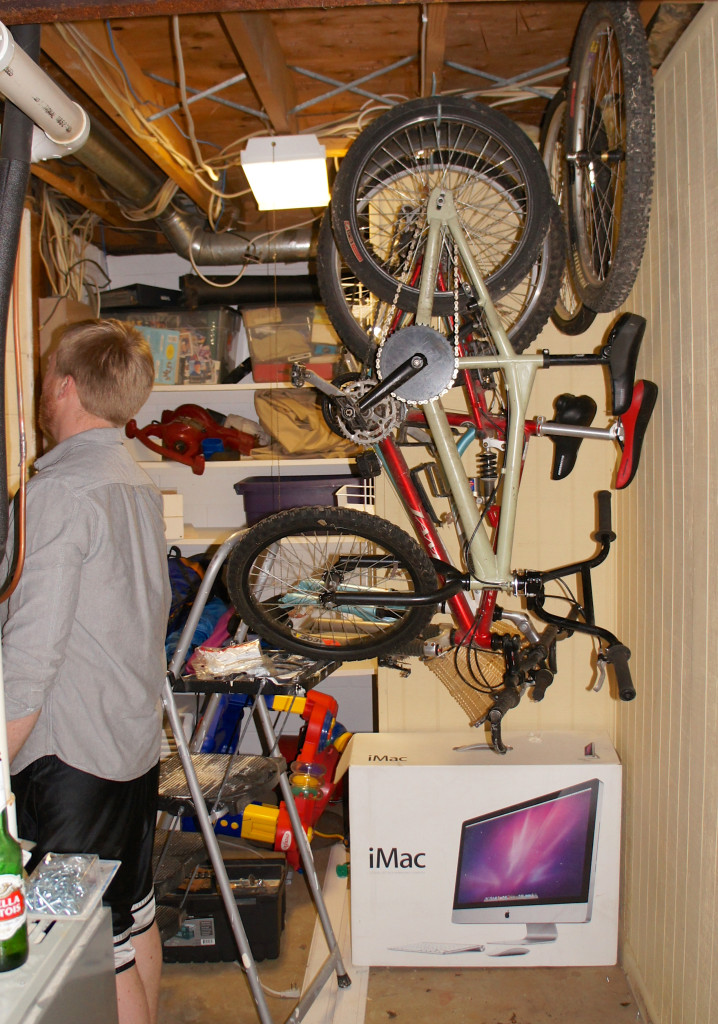 The best solution I could come up with for the tools was pegboard, which I bought a 4 x 8 sheet of at Lowe’s.  The guys in the lumber department were nice enough to cut it down into four sections so that it would fit into my car.  I also got two 8′ closet maid shelves to store items that wouldn’t hang from the walls.  This area of the basement is remaining unfinished, so we had to drill straight into the cinderblock foundation to hang the shelves and boards.  We used Tapcon masonry screws, which are specifically recommended for hollow cinderblock. 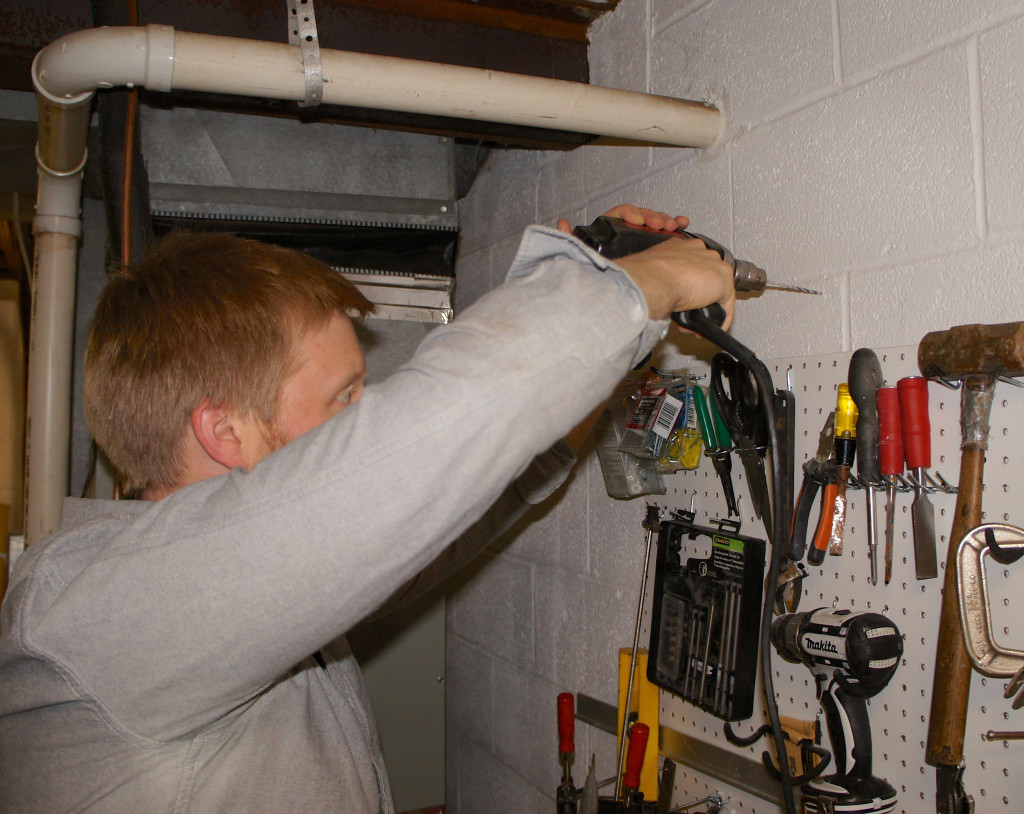 It helps to have several fresh masonry drill bits for this, because they wear down very quickly going through cement.  Each one could do about five or six screws before becoming virtually useless.  Once the pegboard and shelves were hung, I used sets of pegboard attachments that I bought at Lowe’s to hang up as much as I could fit. 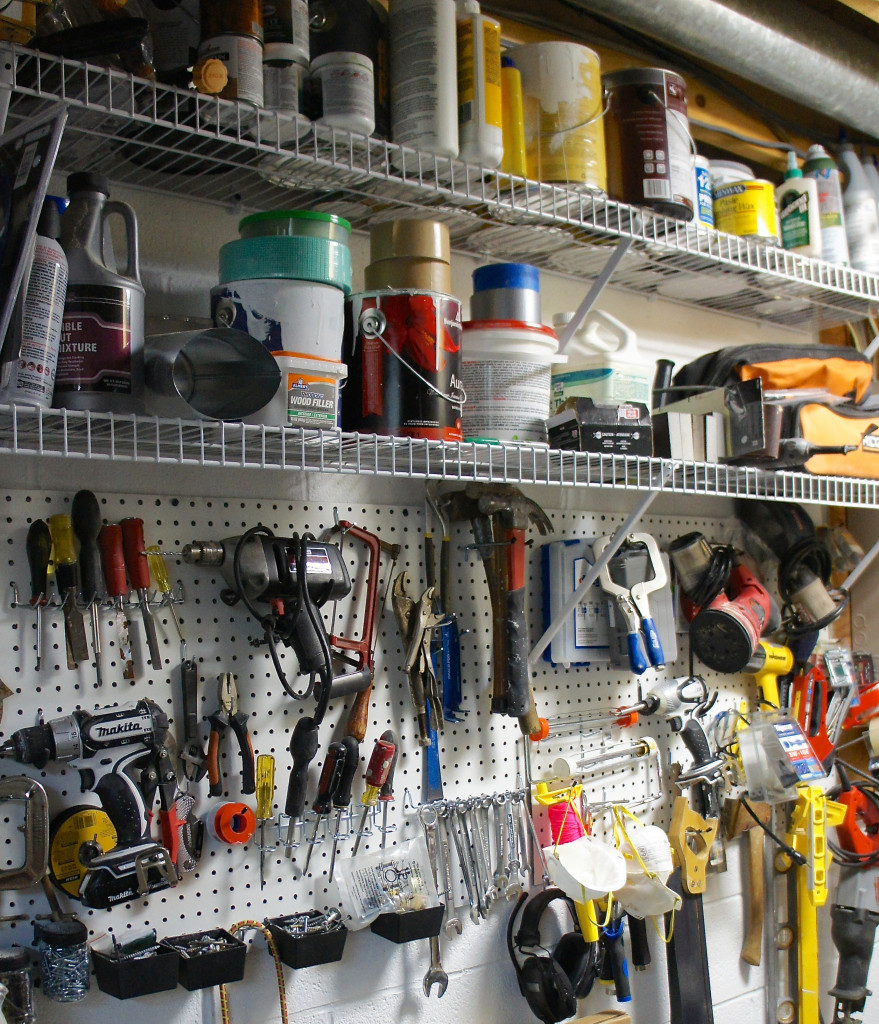 Have I mentioned Jason’s hoarding tendencies?  We have at least three of everything. 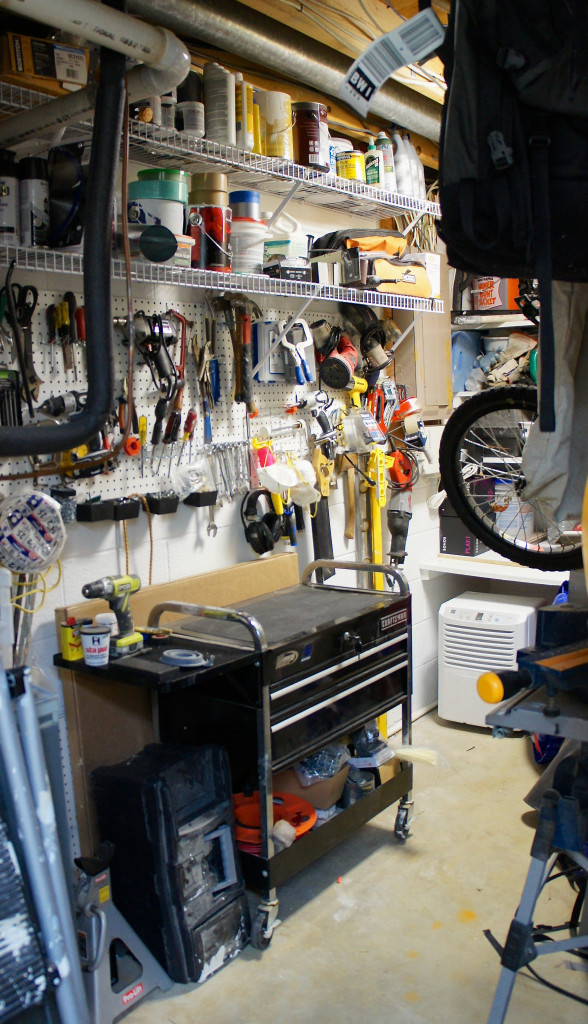 It’s tough to get a clear shot of this tiny corner of the basement, but it’s a huge time saver to have everything laid out in plain sight.  We have one month to get everything cleared out before our contractor gets started on framing, so that’s keeping us plenty busy.  Luckily Georgia still sleeps with us, because her room is the current location of our Christmas decorations.