I’ve been seeing a perinatologist and getting sonograms every two weeks because my last pregnancy was high risk, and judging by the most recent one I’m 99% sure we’re having a boy.  The last place my uterus belongs is Facebook, though, so I won’t be sharing any of the photos.  Luckily for us, Grant was perfectly healthy, with the exception of a nasty case of jaundice. 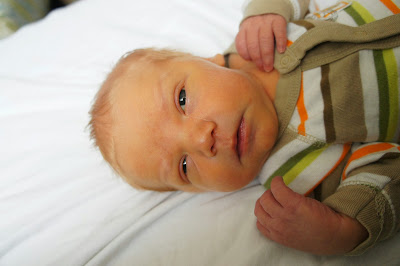 I had to send out his birth announcement in black and white, not because I wanted to be artsy, but because he looked like a tangerine.  After the jaundice dissipated, we endured four months of non-stop screaming: 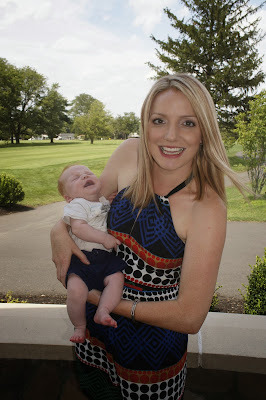 Jason and I are still shell-shocked from those first few months, and get a little nervous about the idea of going through them again.  It was entirely because we had no idea what we were doing.  I thought I wanted to do attachment parenting, so I carried him in the Ergo 100% of the time (I still do) and never let him cry in his crib.  The kid would only sleep if he was being held.  If we put him down for a minute he was awake, exhausted, and letting us know it.  After coming quite close to losing my mind, we did the Ferber method.  It took one day and he was finally napping. 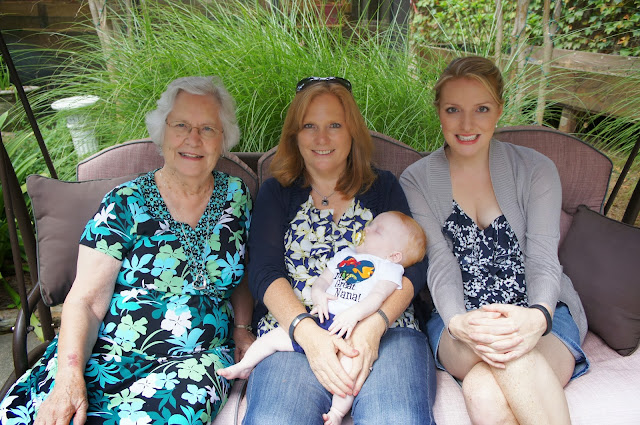 After teaching Grant to self-soothe (something I swore I would never do), we were all exponentially happier. 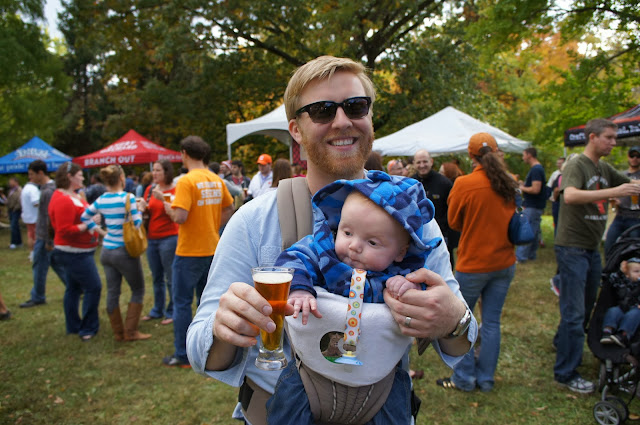 At the moment we’re working on names for baby number two.  Before Grant was born, Jason and I loved the name Huck, until I read Huck Finn for the first time since 1992 and realized I might not want some of the associations.  Looking back, I’m really glad we shared our name ideas.  While our hipster friends may have given the nod of approval, I’m grateful that my family vetoed Huckleberry Servary.
This is what we’re thinking for Baby 2:

(I swear there was a penis in the sonogram, although my doctor said it’s too soon to tell):
1. Mabel-This has been a favorite of ours since I was pregnant the first time, until my cousin told me it reminded her of a cow.  Now I’m on the fence.  My favorite song is Clapton’s Badge, which is where I first heard it.
2. Emory-I like this name a lot, it’s an old fashioned men’s name, but sounds a lot more feminine these days.  It’s the leader at this point, except that Emory Servary is a mouthful.
3. My father in law suggested Belinda or Felicity.  Enough said.
4.  Thats actually it.  Hopefully it’s a boy, because we’re not coming up with much here.

1. Rex-We’ve been calling the fetus T-Rex since we found out I was pregnant and decided that would be Grant’s favorite name.  I think we said it so many times that Rex began to stick.
2. Max-I’m worried that it’s a little common, I would hate for it to be the number one name next year and the kid to get mixed up in a pile of “Max ______” resumes when he enters the work-force.  I’ve never met a Max I didn’t like, though.
3. Hank-This was always what we wanted to name our second son, until we bought our new house.  Our next door neighbor is named Hank, and while he is awesome, I feel like we’re going to look like psychos if we move in and eight months later name our child after him.
4.  Jason’s picks are Steve and Dean.  He thinks I’m giving birth to a middle aged man.
5. Ben-We both like the name Benedict (we’re really into BBC’s Sherlock) with Ben for short.  It’s another one I’m worried is a little common, though (Ben, obviously, there’s nothing common about Benedict).

That’s it so far.  We’re open to suggestions, with following criteria:
If my cousin Parker hadn’t repeatedly said “Huck the F*ck”, Grant might be getting teased at this very moment, so we appreciate the help.  Feel free to vote on your favorite: