Home improvement Getting the Bugs out October 23, 2013 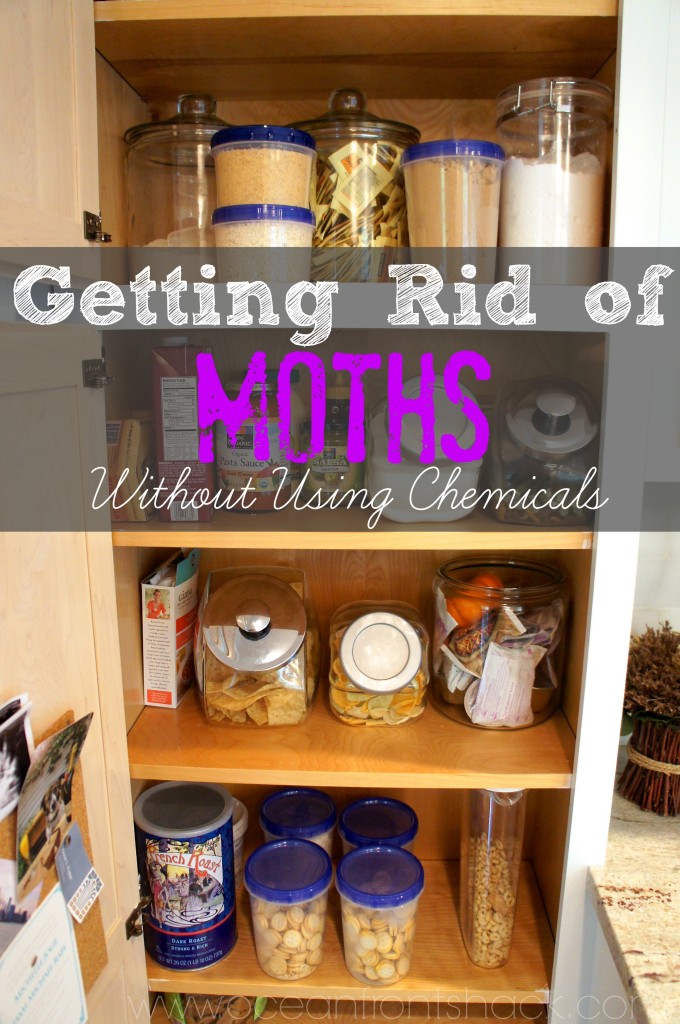 Ok, this isn’t the kind of house stuff I like to share with other people, but it’s something we had to deal with, and I doubt we are the only ones.  Insects.  Nobody wants them in their house, but it happens, and when we moved into our new place we were less than thrilled to find that we had a slew of moths as roommates.  Not knowing where they were coming from, we figured the problem would eventually take care of itself.  Well, it didn’t.  In fact, it got worse over time.  The morning I reached into the pantry for the Cheerios and three moths flew into my face, I realized they were in our food and decided something had to be done immediately.

As I started emptying the pantry, I found several plastic bags with tiny holes in them, like they had been chewed on.  That was gross enough, but there was more.  Way in the back, I discovered a Ziploc about halfway full of what was decidedly not a food I’d ever purchased.  The only thing it could be was moth eggs remnants, and God only knows how many of them.  After recovering from the fresh bout of morning sickness that prompted, it was clean up time.

While I’m certainly not a germaphobe, we try to keep our house fairly tidy.  Moths can chew through containers, though, so even in the cleanest house they will find a food source.  I found holes in a plastic bag filled with Splenda packets, and then more holes in the packets themselves.  They were even chewing through unopened boxes, into the bags inside of them.  While I despise wastefulness, knowing the alternative may be my baby ingesting moth larvae, the only option was to throw everything out.

Once the pantry was empty, I scrubbed every surface down with soap and warm water.  The eggs can stick anywhere, so it was important not just to clean the shelves, but the tops and sides as well. 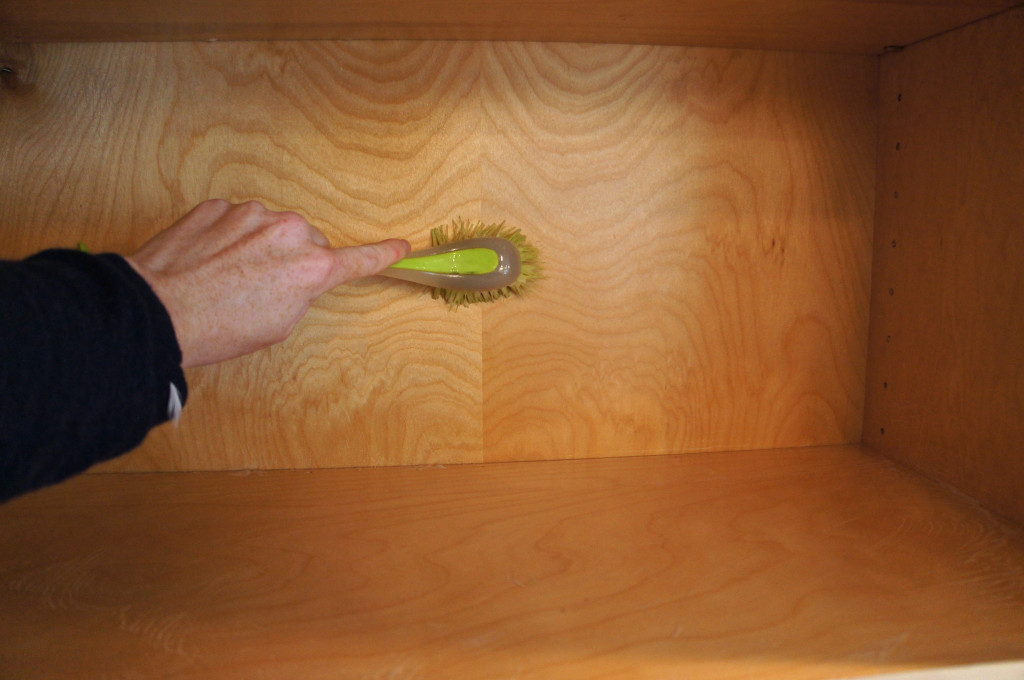 It may have been overkill, but I even threw out the shelf liners. 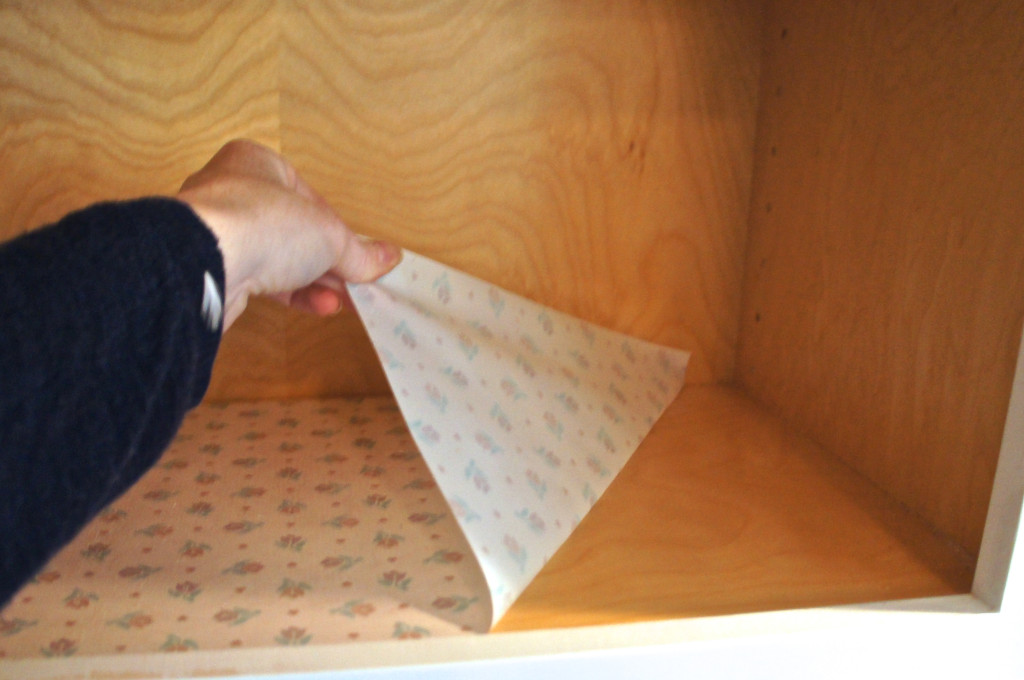 After a trip to Trader Joe’s to restock the pantry, I removed every item from the box or bag it came in and placed them into plastic and glass containers. 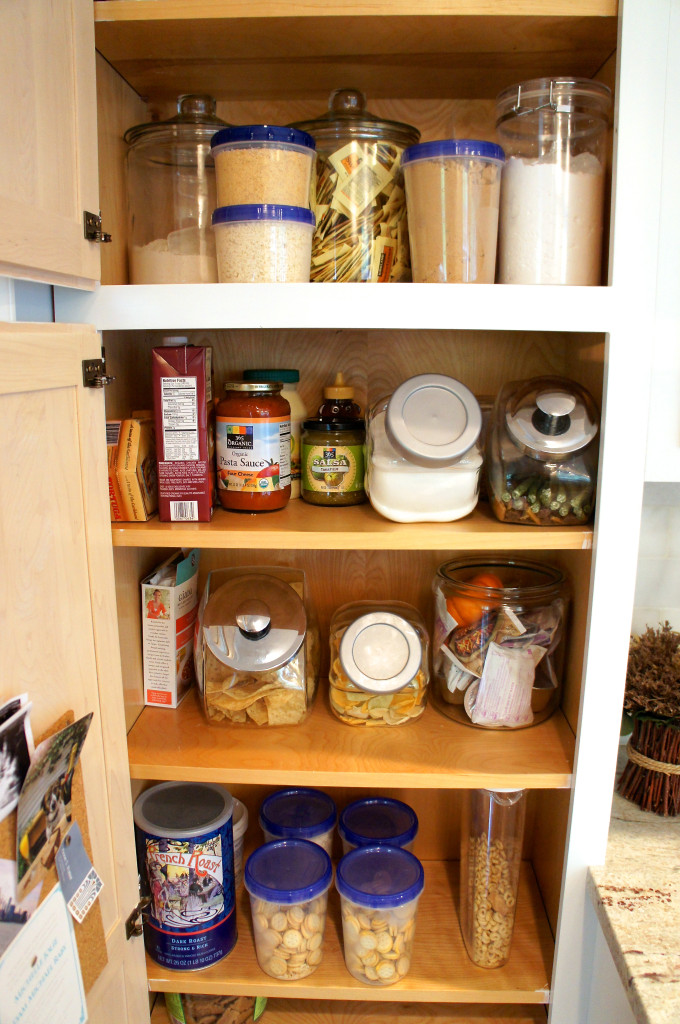 We’ve been doing this for about two months now, and haven’t seen a moth since.  The typical incubation time is 4-10 days for moth larvae, so it’s safe to say we’re moth free at this point. We do, however, find the occasional truck in the vege chips: 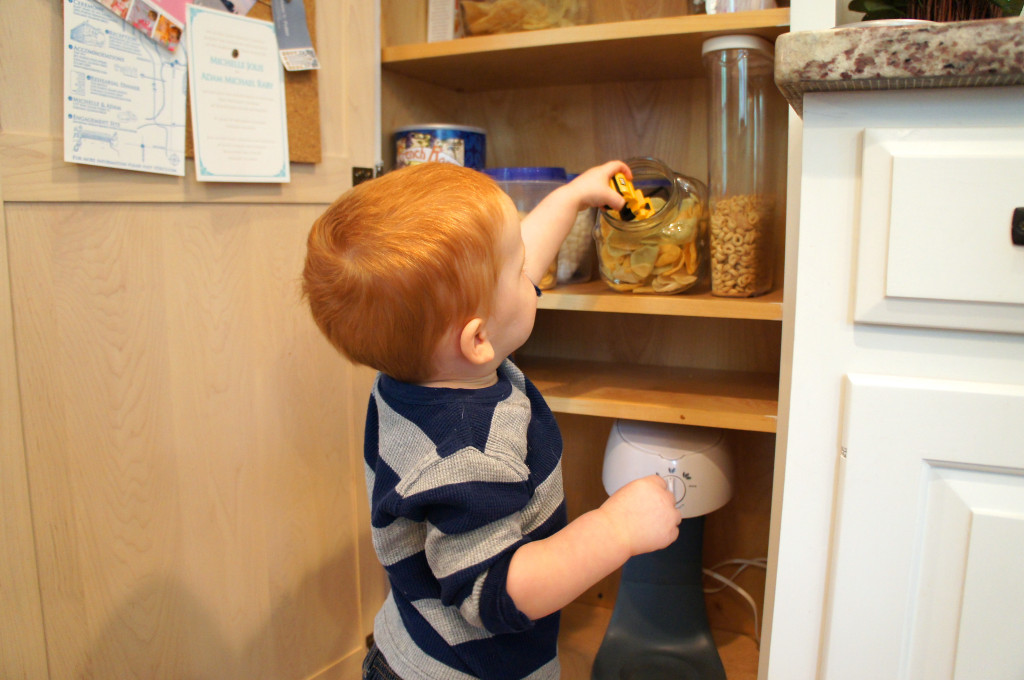 We didn’t have to call an exterminator or use any kind of chemicals, just a thorough cleaning and a few minutes of extra work when we come home from the grocery store.  We probably could have stopped using the containers after the first month, but we like the new system.   Grant can no longer get into the pantry and spill a box of cereal onto the floor. 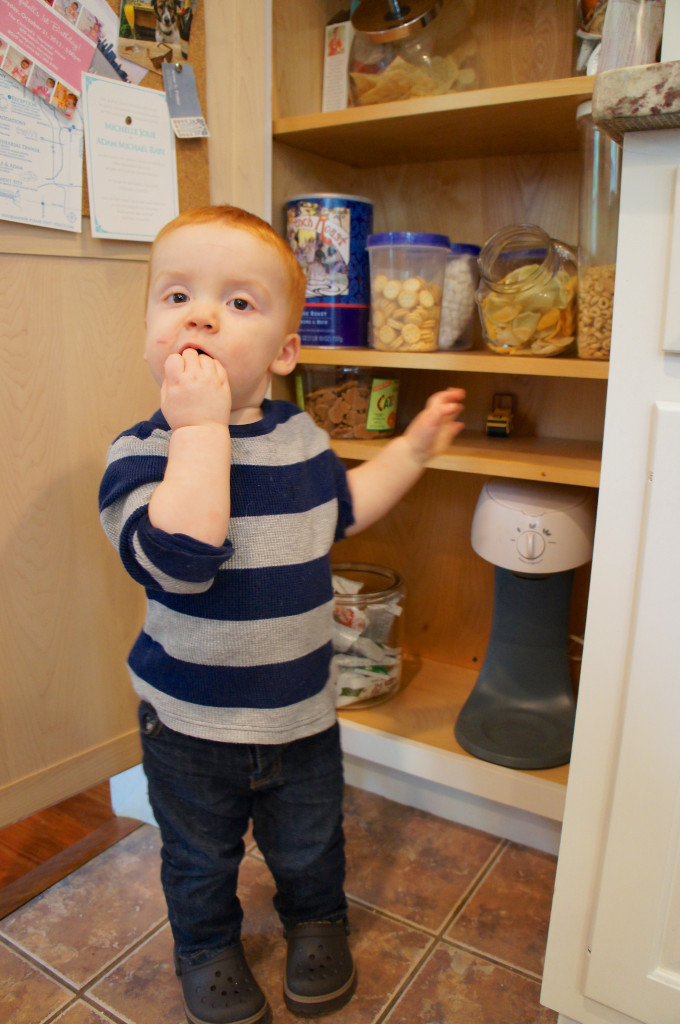 It saves space, too.  We can fit a lot more in the pantry and actually see everything.  Hopefully that is the last of our infestation!

Painting Kitchen Cabinets in One Day 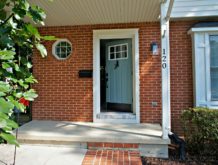 Updating a Front Door with Molding