If you’ve noticed that my posting has slowed down this month, it’s because I’ve been dealing with first trimester fatigue and morning sickness.  That’s right, our newest project is a sibling for this little guy: 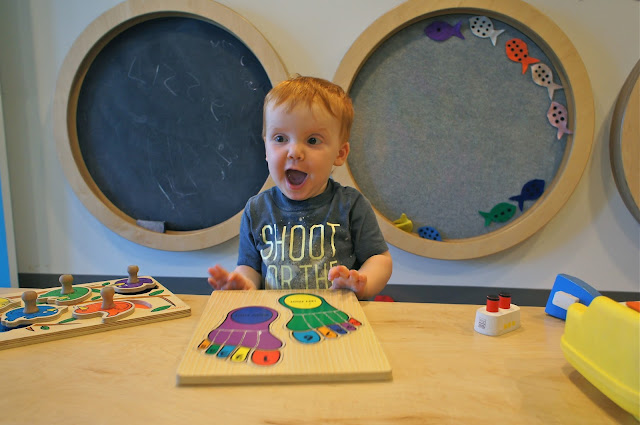 Clearly, he’s excited.
Yesterday we went to the new Smithsonian Children’s Museum in the National Harbor.  It doesn’t have the best reviews on Yelp, but I think that may be because it’s geared more towards younger children.  Grant had the time of his life.  It’s basically a huge play room, which is amazing for toddlers who want to get into everything.  Nothing was off limits and had a blast playing with all the toys and other kids. 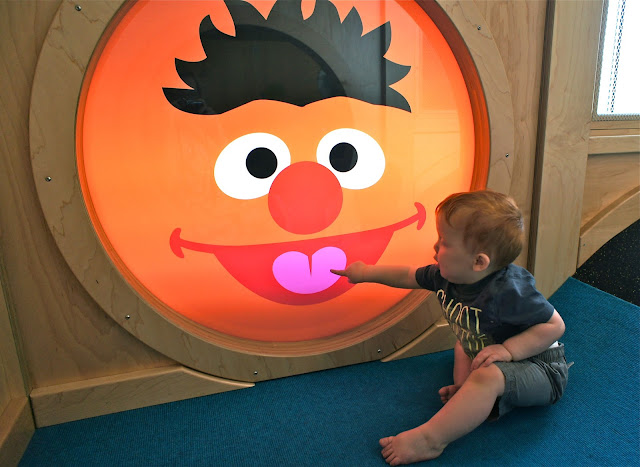 There is a 3′ and under Sesame Street themed section with a gym for babies.  No big slides, just a safe, soft area they can crawl on. 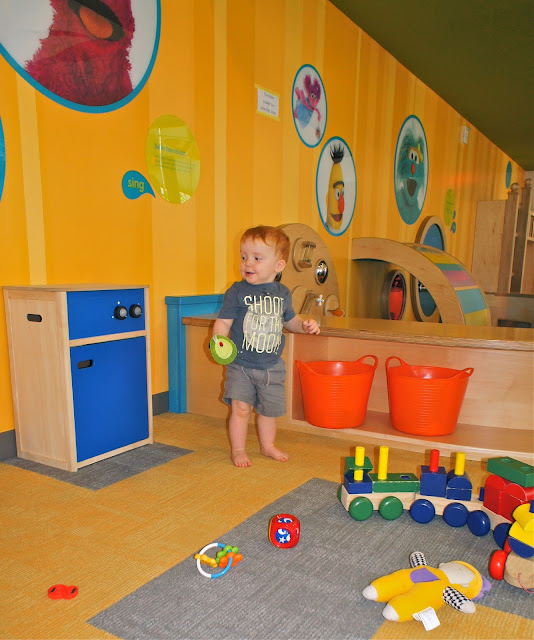 There are tons of toddler friendly toys, too, it’s like going to someone else’s house and playing with all their stuff (with the added benefit that you don’t have to clean up). 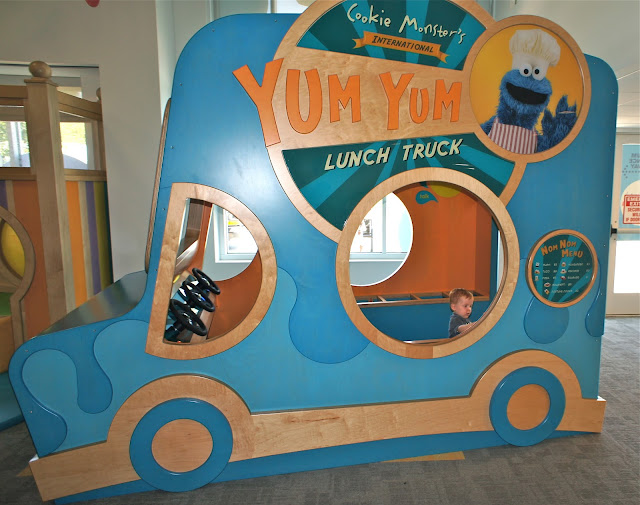 In the 3′ and under section they had a food truck, with a cash register, play money, and plastic fruits and vegetables. 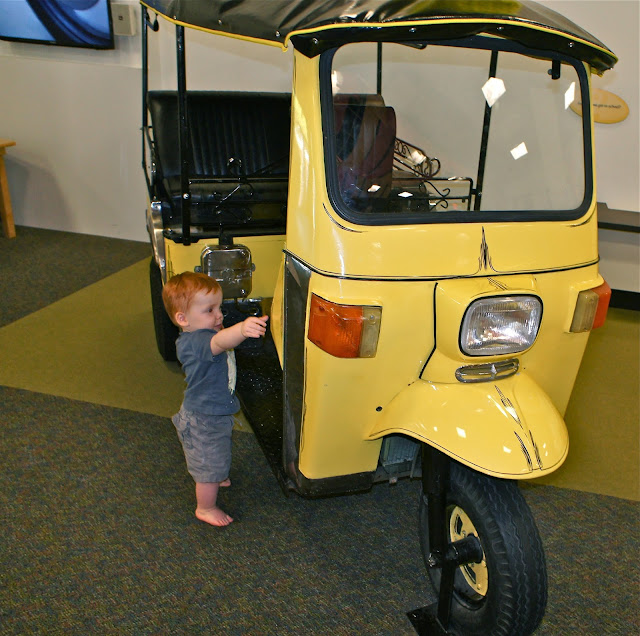 The older kids section had a fire truck with costumes and a market place with various foods and a kitchen.  At one point an announcement came on about foam block play-time in the theater. 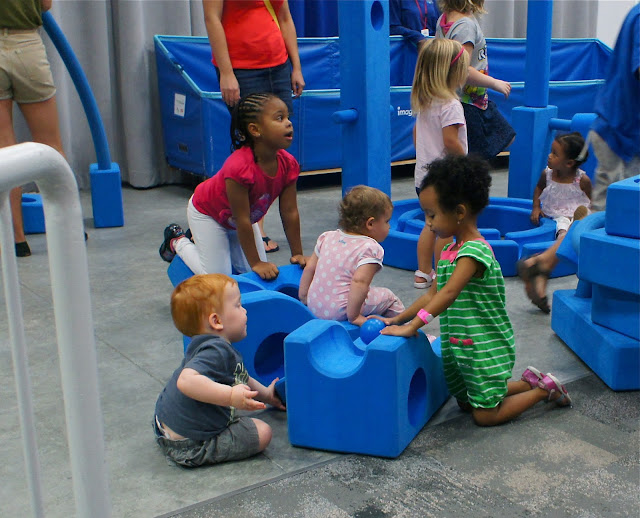 I think the bad reviews are due to people taking older kids, who I’m sure find the Children’s Museum boring.  If you’re looking for a place to take toddlers, though, it was awesome.  Grant isn’t old enough to really appreciate the Smithsonian museums, we’ll go to the Natural History where he checks out the animals, but it’s not exactly fun for him.  This was a blast.  Just a huge area where he could play.  We’ve done My Gym before, and honestly, it wasn’t a good fit for us.  We were in a room full of every toy imaginable, and they expected the one year olds to sit still through music time. All Grant wanted was to jump in the ball pit.  I felt like I was torturing him trying to force him to sit in the circle.  Toddlers want to explore and discover, so this museum was a winner for us.